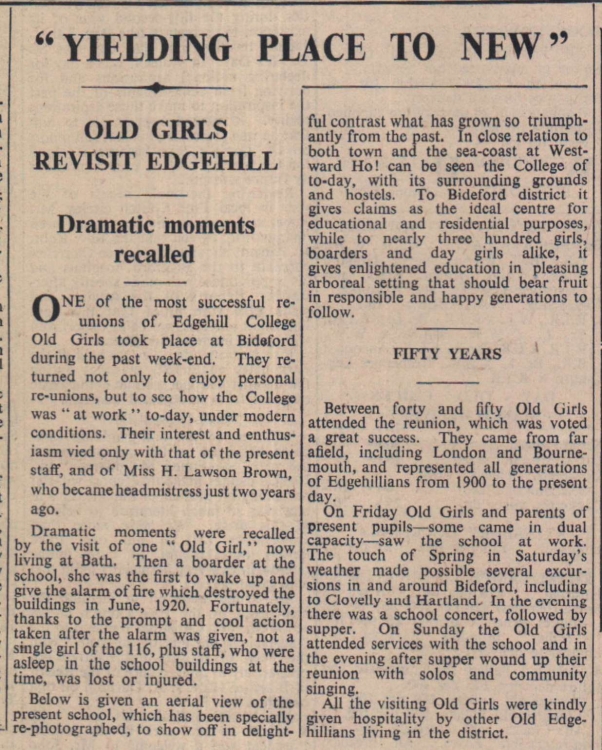 One of the most successful reunions of Edgehill College Old Girls took place at Bideford during the past weekend. They returned not only to enjoy personal reunions but to see how the College was ‘at work’ today, under modern conditions. Their interest and enthusiasm vied only with that of the present staff, and of Miss H Lawson Brown, who became headmistress just two years ago.

Dramatic moments were recalled by the visit of one ‘Old Girl’, now living in Bath. Then a boarder at the school, she was the first to wake up and give the alarm of fire which destroyed the buildings in June 1920. Fortunately, thanks to the prompt and cool action taken after the alarm was given, not a single girl of the 116, plus staff, who were asleep at the time, was lost or injured. Below is an aerial view of the present school. Between forty and fifty Old Girls attended the reunion, which was voted a great success. They came from far afield, including London and Bournemouth, and represented all generations of Edgehillians from 1900 to the present day.