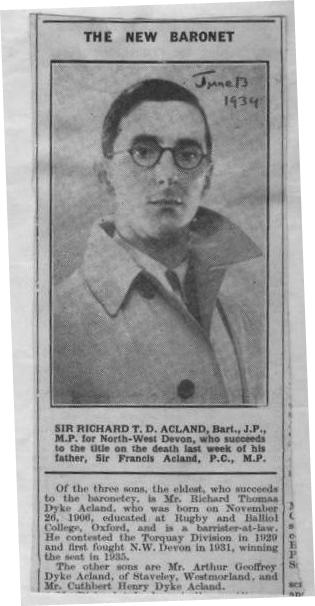 Of the three sons, the eldest, who succeeds to the baronetcy, is Mr Richard Thomas Dyke Acland, who was born on November 26, 1906, educated at Rugby and Balliol College, Oxford, and is a barrister-at-law. He contested the Torquay Division in 1920 and first fought N.W. Devon in 1931, winning the seat in 1935.
The other sons are Mr Arthur Geoffrey Dyke Acland, of Staveley, Westmorland, and Mr Cuthbery Henry Dyke Acland.