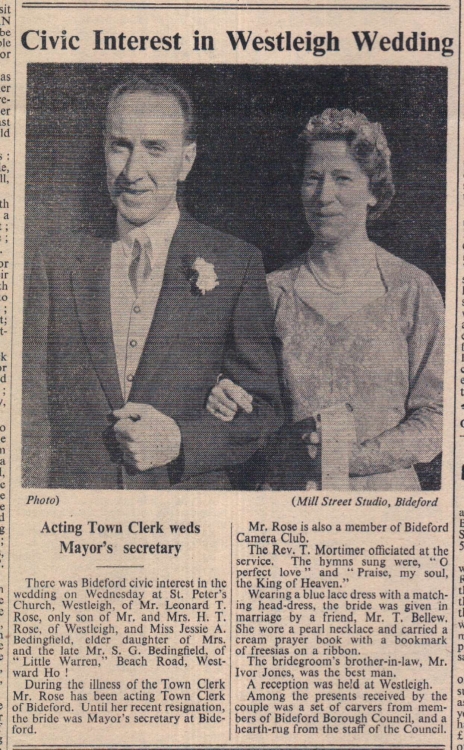 There was Bideford civic interest in the wedding on Wednesday at St Peter’s Church, Westleigh, of Mr Leonard T Rose, only son of Mr and Mrs H T Rose of Westleigh, and Miss Jessie A Bedingfield, elder daughter of Mrs and the late Mr S G Bedingfield of ‘Little Warren’, Beach Road, Westward Ho!
The Rev T Mortimer officiated at the service. The bride was given in marriage by a friend, Mr T Bellew. The bridegroom’s brother-in-law, Mr Ivor Jones, was the best man. A reception was held at Westleigh. Among the presents received was a set of carvers from members of Bideford Borough Council, and a hearth rug from the staff of the Council