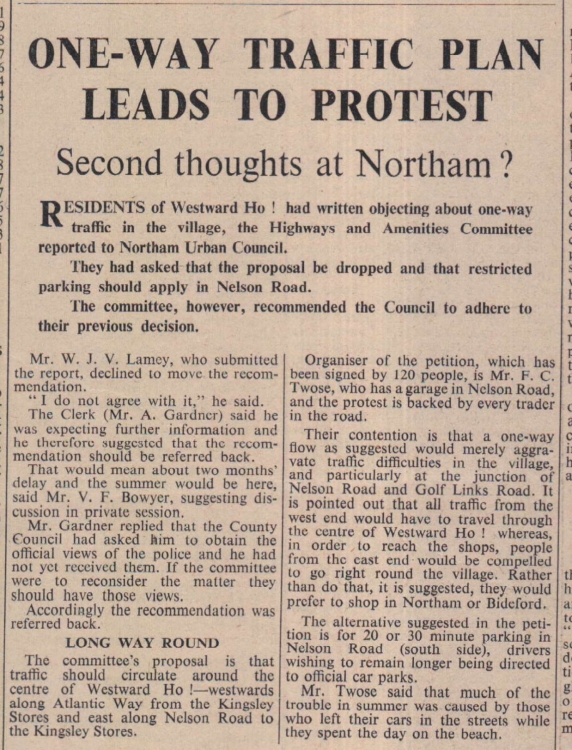 Residents of Westward Ho! had written objecting about one-way traffic in the village, the Highways and Amenities Committee reported to Northam Urban Council. They had asked that the proposal be dropped and that restricted parking should apply in Nelson Road. The committee, however, recommended the Council to adhere to their previous decision.
Mr W J V Lamey, who submitted the report, declined to move the recommendation. “I do not agree with it” he said. The Clark (Mr A Gardner) said he was expecting further information and he therefore suggested that the recommendation should be referred back. That would mean about two months’ delay and the summer would be here, said Mr V F Bowyer, suggesting discussion in private session.
The committee’s proposal is that traffic should circulate around the centre of Westward Ho! – westwards along Atlantic Way from the Kingsley Stores and east along Nelson Road to the Kingsley Stores.
Organiser of the petition, which has been signed by 120 people, is Mr F C Twose, who has a garage in Nelson Road, and the protest is backed by every trader in the road.
Gazette article dated 18 January 1963