For the first time Shebbear College Society of Change-ringers was host on Saturday to the annual meeting of the North-West branch of the Guild of Devonshire Ringers. 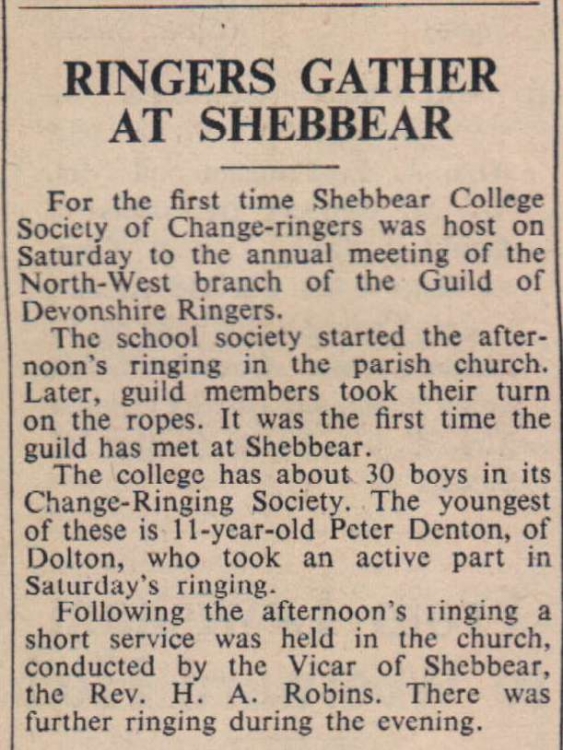 The school society started the afternoon’s ringing in the parish church. Later, guild members took their turn on the ropes.

It was the first time the guild has met at Shebbear. The college has about 30 boys in its Change-Ringing Society. The youngest of these is 11 year old Peter Denton, of Dolton, who took an active part in Saturday’s ringing. Following the afternoon’s ringing a short service was held in the church, conducted by the Vicar of Shebbear, the Rev H A Robins. There was further ringing during the evening.