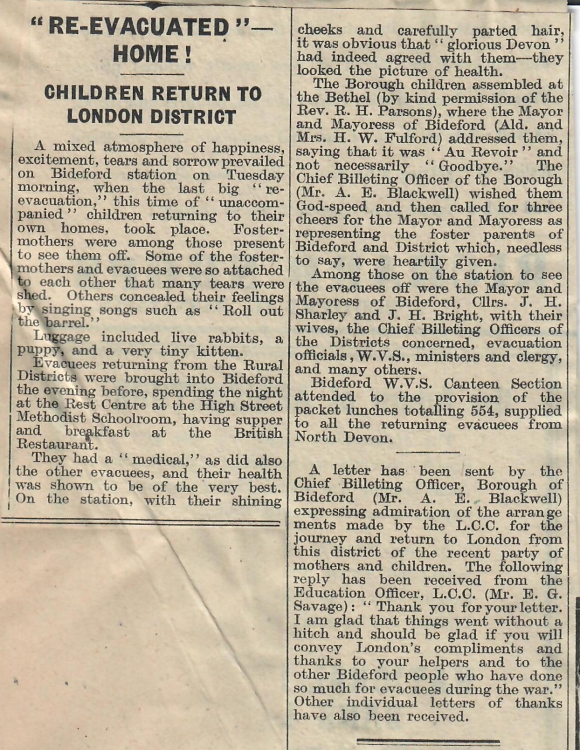 A mixed atmosphere of happiness excitement, tears and sorrow prevailed on Bideford station when the last big "re-evacuation" this time of "unaccompanied" children returning to their own homes, took place.

The Borough children assembled at the Bethel (by kind permission of the Rev. R H Parsons), where the Mayor and Mayoress of Bideford (Ald. and Mrs H W Fulford) addressed them, saying that it was "Au Revoir"  and not necessarily "Goodbye."  The Chief Billeting Officer of the Borough, Mr A R Blackwell, wished them god-speed and then called for three cheers for the Mayor and Mayoress as representing the foster parents of Bideford and District which, needless to say, were heartily given.

Among those on the station to see the evacuees off were the Mayor and Mayoress of Bideford, Cllrs J H Sharley and J H Bright with their wives, the Chief Billeting Officers of the Districts concerned, evacuation officialls, W V S, ministers and clergy, and many others.