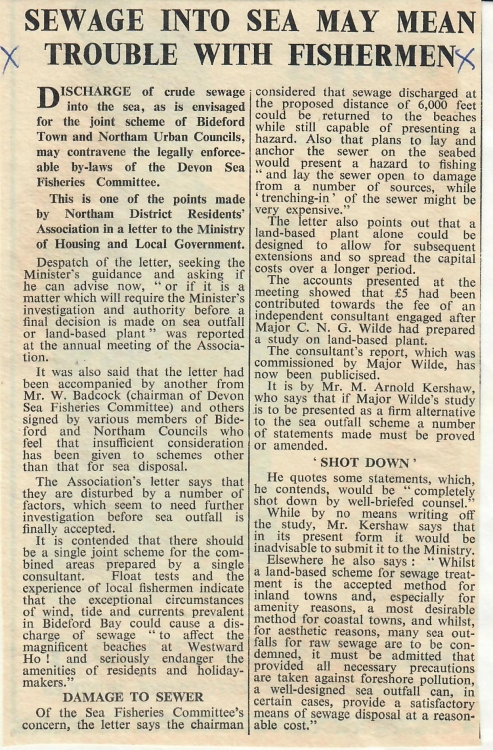 Discharge of crude sewage into the sea, as is envisaged for the joint scheme of Bideford Town and Northam Urban Councils, may contravene the legally enforceable by-laws of the Devon Sea Fisheries Committee.

Letter sent by Mr W Badcock, chairman of Devon Sea Fisheries Committee, and others signed by various members of Bideford and Northam Councils who feel that insufficient consideration has been given to schemes other than that for sea disposal.

The accounts presented at the meeting showed that £5 had been contributed towards the fee of an independent consultant engaged after Major C N G Wilde had prepared a study on land-based plant.

Mr M Arnold Kershaw, says that if Major Wilde's study is to be presented as a firm alternative to the sea outfall scheme a number of statements made must be proved or amended.