Although the girls and infants have been using the school for about a fortnight, the formal ceremony of declaring it open did not take place until last Wednesday when in fine weather the ceremony was successfully performed in the presence of a large company. 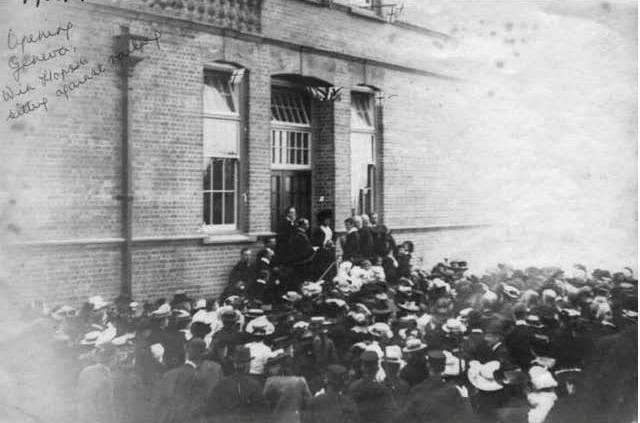 The School Board and Corporation assembled at the Bridge Buildings at 11.30am and forming into a procession headed by the Hungarian Band, marched to the School. The procession was as follows: - Police, Hungarian Band, Chairman, Clerk and Members of the School Board, Fire Brigade, Borough Mace Bearers, The Mayor – Mr E J Tattersill – Aldermen, Councillors and Magistrates.
Arriving at the School, outside which a large number of parents and children had congregated, the Chairman and members of the School Board ascended the steps leading to the east door of the building, where Mr Dymond, on behalf of the members of the School Board, presented the Mayor with the silver key, with which to open the building. He hoped the Mayor would not only keep it as an emblem of the occasion, but that it would be retained by him as an heirloom, and that he would look back on that day’s proceedings with pleasure and satisfaction. (Cheers) 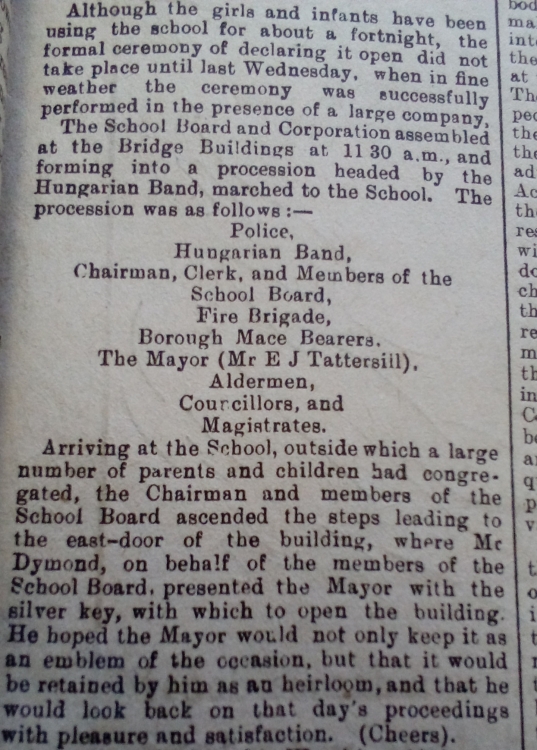 With thanks to the Hopson family for the picture. Article from the Gazette.