Prof. Charles Coulson, F.R.S. professor of mathematics at Oxford University declared at the opening ceremony of the new £20,000 science block on the morning of speech day at Shebbear College. 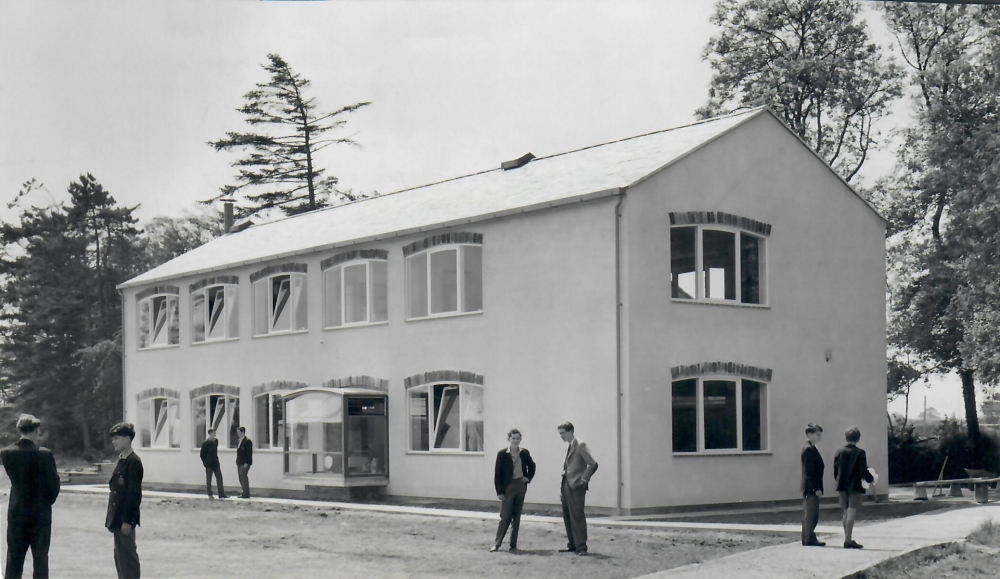 "I declare the building open," he added, "and I hope all who work there will have happiness and joy in the work they do."

Architects of the two storey building, are Messrs Yorke, Mardall and Rosenberg of London.  It was designed by Mr Roger Tomalin and built by Messrs J E Stacey, of Holsworthy.

The headmaster, Mr J B Morris, said the new block was not quite finished, but would be completed in the holiday.  Mr Morris congratulated Mr J Court senior French master, who had recently gained a Ph.D.  He expressed good wishes to two masters who were leaving:  Mr Peter Clifford, England and French master, Scout master and cricketer, and Mr Michael Kenwood, senior maths master, Pollard House master, in charge of senior rugger and cricket and who had formed a junior union society.  Mr Kenwood has been teaching at the college for 6 years.

Prizes were distributed by Mrs H M Heywood.  A vote of thanks was expressed by Mr J C Chudley, vice president of the Old Shebbearian Association.

The school orchestra opened the afternoon's proceedings with three numbers: minuet fron Suite No. 2 by Henry Purcell, Gavot from Suite in G by John Banister and March in D by Handel.

After the speeches a gymnastic display took place on the front lawn directed by Mr Tom Danby, college gym master.