56 years in Business at Clovelly 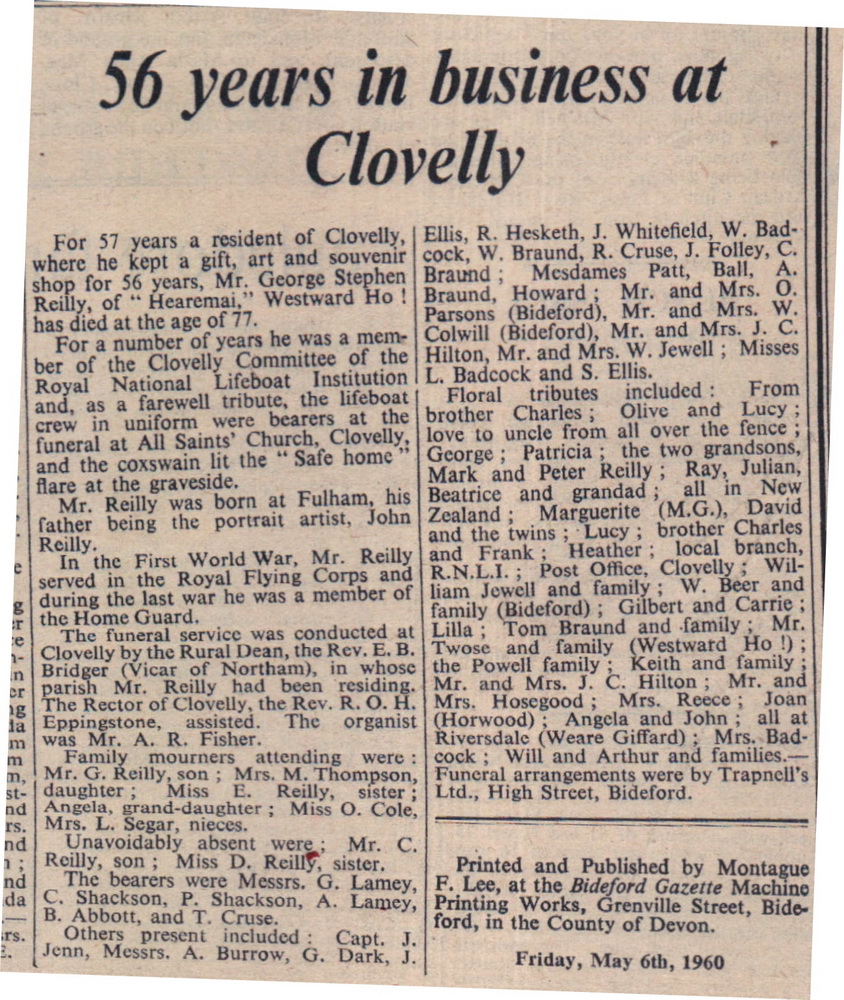 For 57 years a resident of Clovelly, where he kept a gift, art and souvenir shop for 56 years, Mr George Stephen Reilly, of 'Hearemai' Westward Ho! has died at the age of 77.

For a number of years he was a member of the Clovelly Committee of the Royal National Lifeboat Institution and, as a farewell tribute, the lifeboat crew in uniform were bearer at the funeral at All Saints' Church, Clovelly, and the coxswain lit the "Safe home" flare at the graveside. Mr Reilly was born at Fulham, his father being the portrait artist, John Reilly.