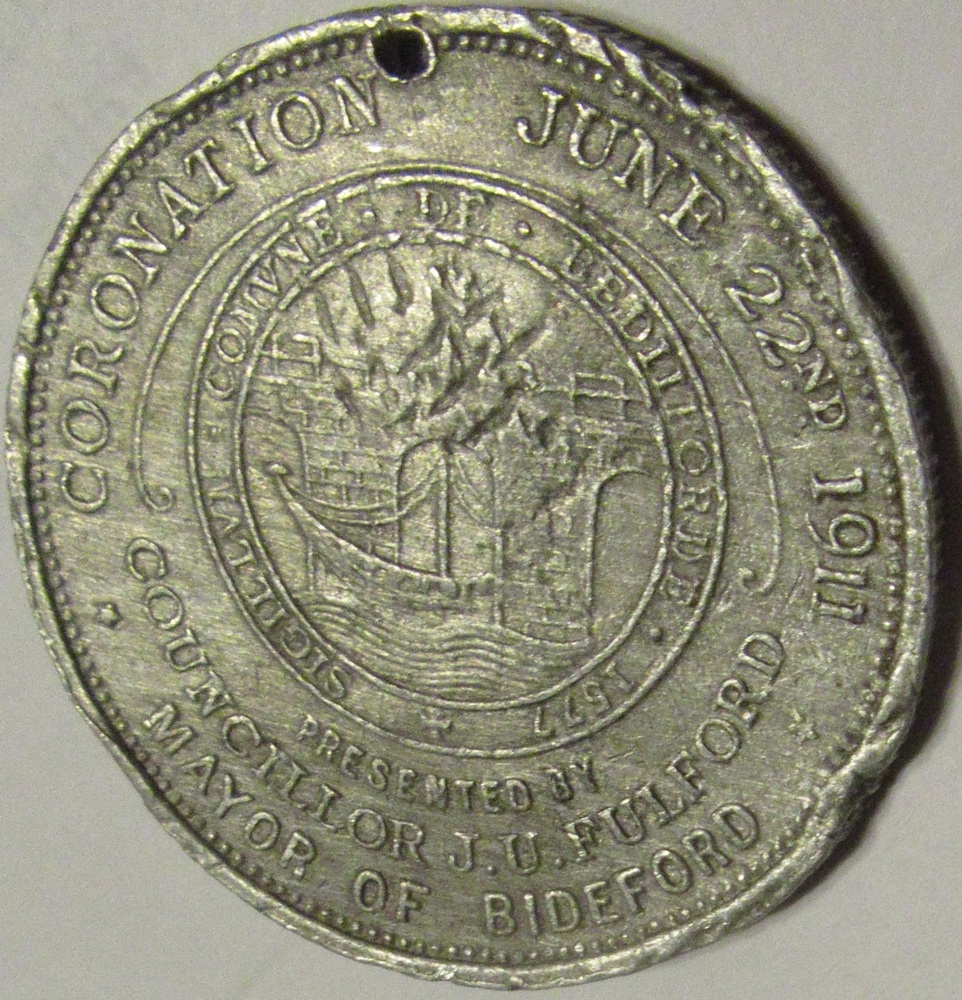 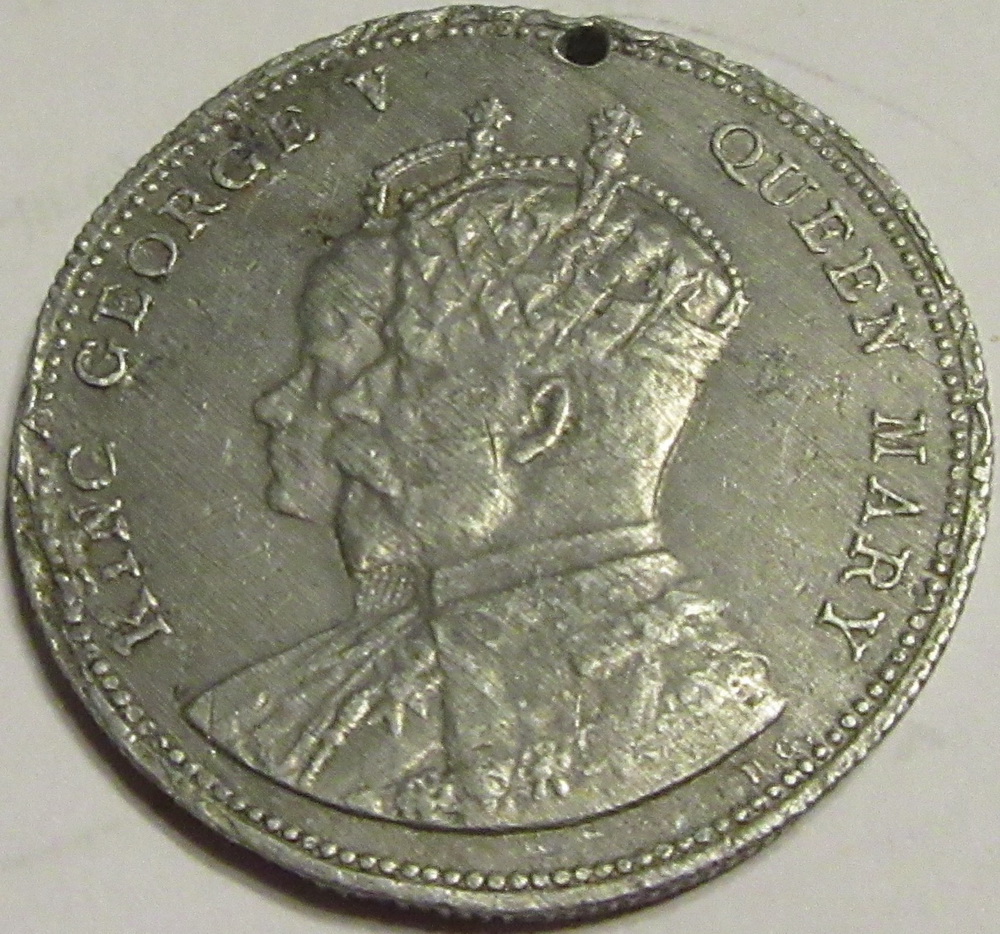 I went to see Mr David Wright about the Westward Ho! Railway exhibition and during our conversation he produced this medal. He said he was interested in how and why it had been minted.

Some research by Mr Paul Morrish, one of our volunteers unearthed the following which explains how and where these medals were given. I am attaching the transcript from the Gazette dated 27th June 1911.

DISTRIBUTION TO THE SCHOOLCHILDREN

The Mayor and Mayoress of Bideford, Mr J. U. Fulford accompanied by Rev.T NEWTON LEEKE, M.A., Alderman T Goaman J.J., Councillor A R Adams , and others visited the Schools in Bideford on Wednesday last, and the Mayor presented each child with a medal which is both artistic and commemorative. They visited Edgehill College, the Grammar School, East – the – Water School, the Church Girls and Infants Gunstone School, senior Boys, Old Town, and Geneva School.

The boys to the number of 400 were paraded in the schoolyard. After rendering patriotic songs under the able direction of the Headmaster, the Coronation medals were distributed by the Mayor, who enjoined the boys to be loyal and true to the King and country. He tactfully led them to a due appreciation of the necessity of strict obedience to law and order.- Alderman Goaman proposed a vote of thanks to his Worship and expressed the pleasure he felt in addressing so many of the future men of Bideford. The vote of thanks was seconded and supported by two of the boys, L> Ash and H> H. Kinsman. Hearty cheers were given for the Mayor and Mayoress. Councillor Adams gave the boys some good practical advice. A bouquet of red white and blue flowers was presented to the Mayoress on behalf of the boys by Percy Sowden. This was gratefully acknowledged.

The school was decorated with flags for the occasion, and Grace Lock, one of the first-class girls, made a little speech of thanks on behalf of the school, and presented the Mayor with a buttonhole and the Mayoress with a small bunch of roses and maidenhair fern. Mr Goaman and Mr Adams said a few words and the children gave three cheers for the Mayor and Mayoress. “God save the King” closing the proceedings.

The Mayor of Bideford, accompanied by Councillor A.R.Adams, visited the Church Girls School on Wednesday morning to distribute his gift of Coronation Medals. The Rector of Bideford (Chairman of Managers) and Mr A.H. Hobhouse, Correspondentwere present. The Mayor briefly addressed the girls, exhorting them to be loyal themselves and to use their influence to make others loyal. The Rector warmly thanked his Worship for his visit and generous gift, and called for three cheers which were heartily given. The proceedings concluded with the singing of the Nation Anthem.

As the Mayor and party entered the Hall the children sang “God save the King”. The Mayor spoke very kindly to the children which was followed by short speeches from the other visitors. Master Reg Braddick thanked the Mayor for the lovely medals, and Master Brian Whittaker called for three cheers for the King and all the visitors present. Dancing by the children followed.