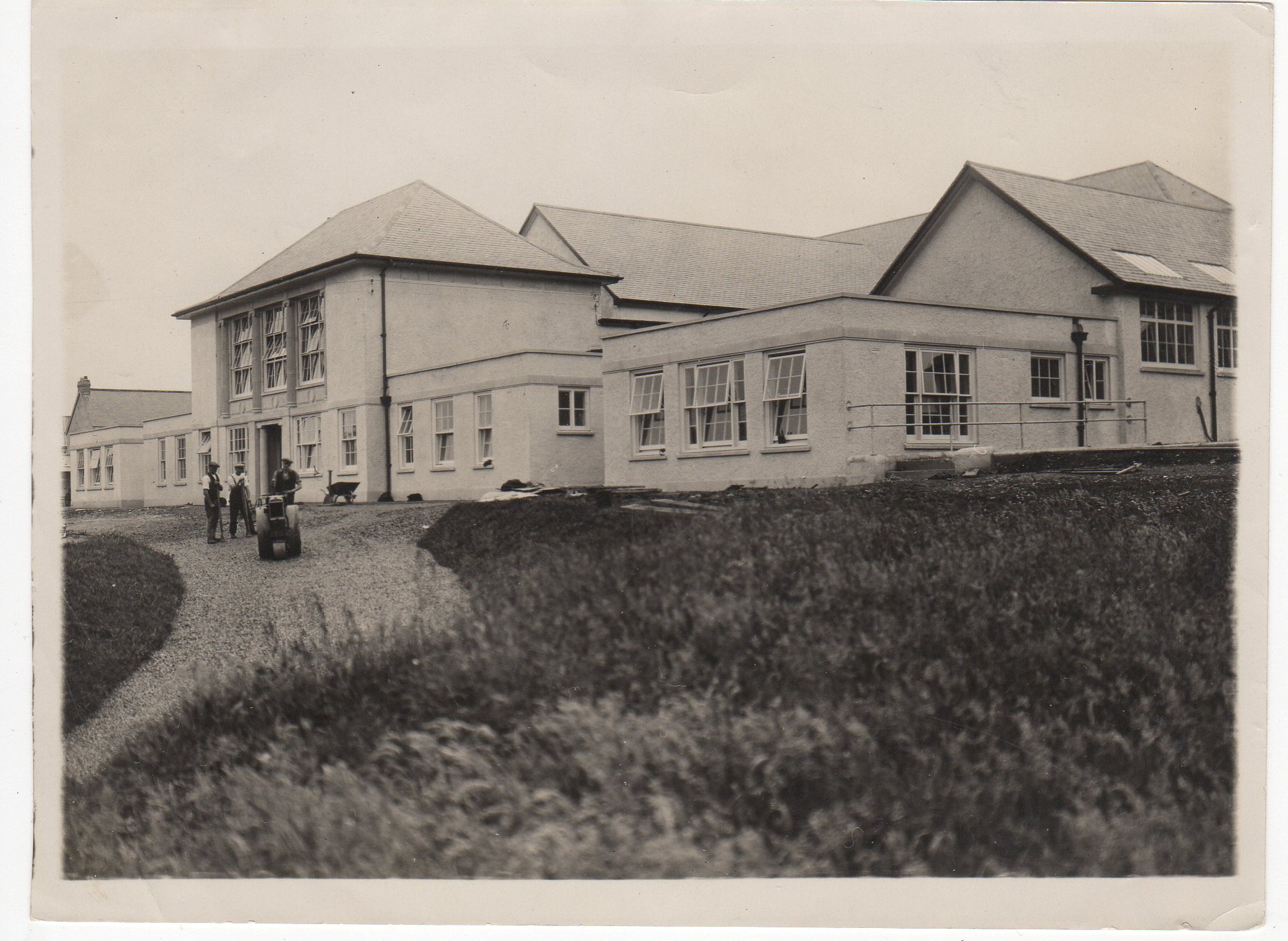 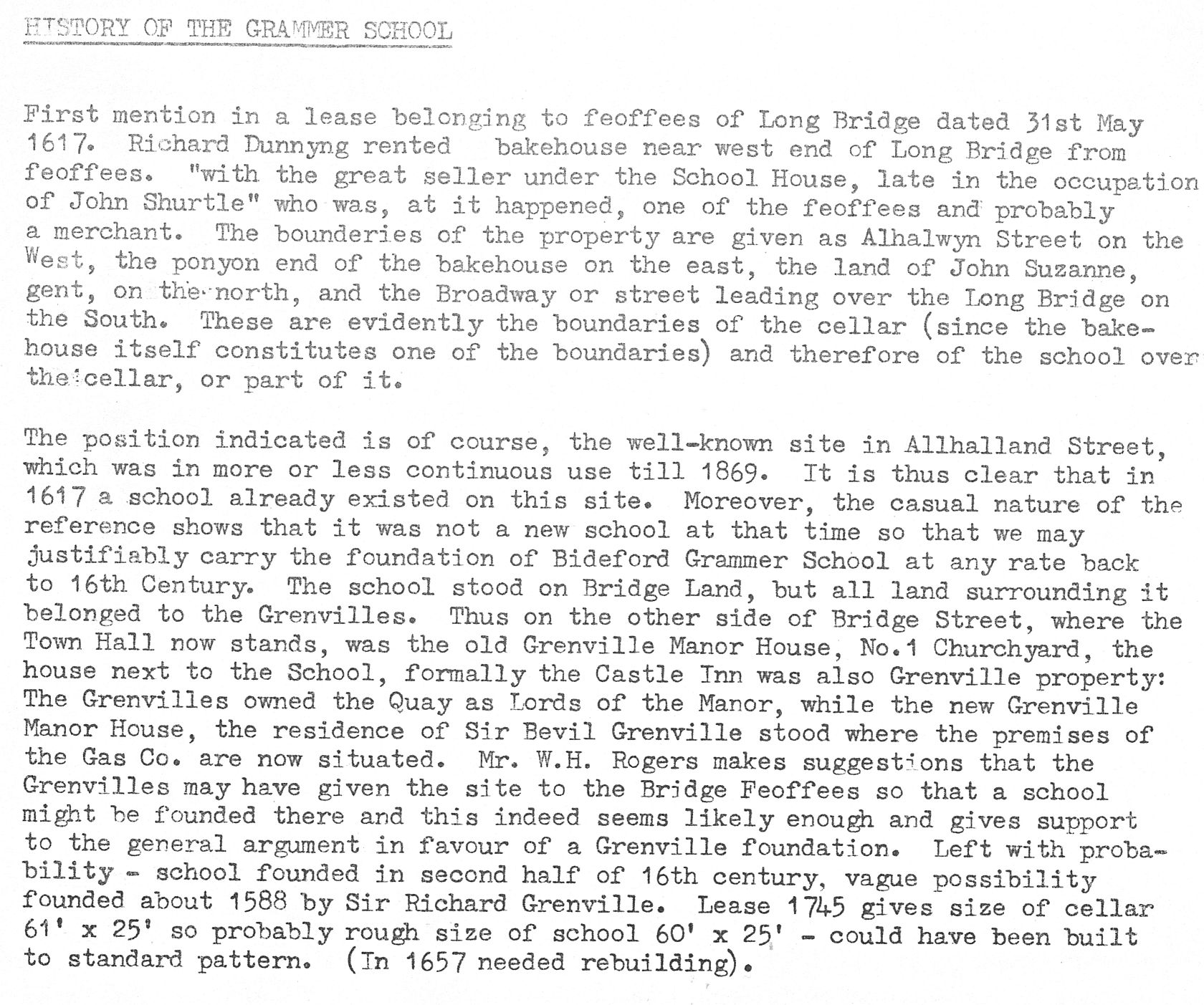 History of the Grammar School

First mention in a lease belonging to feoffees of Long Bridge dated 31 May 1717. Richard Dunnyng rented bakehouse near west end of Long Bridge from feoffees. 'with the great seller under the School House, late in the occupation of John Shurtle' who was, as it happened, one of the feoffes and probably a merchant. The boundaries of the property are given as Alhalwyn Street on the west, the ponyon end of the bakehouse on the east, the land of John Suzanne, gent, on the north, and the Broadway or street leading over the Long Bridge on the south. These are evidently the boundaries of the cellar (since the bakehouse itself constitutes one of the boundaries) and therefore of the school over the cellar, or part of it.
The position indicated is the well known site in Allhalland Street, which was in more or less continuous use till 1869. It is clear that in 1617 a school already existed on this site. Moreover, the casual nature of the reference shows that it was not a new school at that time so that we may justifiably carry the foundation of Bideford Grammar School at any rate back to 16th Century. The school stood on Bridge Land, but all land surrounding it belonged to the Grenvilles. Thus on the other side of Bridge Street, where the Town Hall now stands, was the Old Grenville Manor House, no. 1 Churchyard, the house next to the School, formally the Castle Inn was also Grenville property. The Grenvilles owned the Quay as Lords of the Manor, while the new Grenville Manor House, the residence of Sir Bevil Grenville stood where the premises of the Gas Co. are now situated. Mr W H Rogers makes suggestions that the Grenvilles may have given the site to the Bridge Feoffees so that a school might be founded there and this indeed seems likely enough and gives support to the general argument in favour of a Grenville foundation. Left with probability - school founded in second half of 16th century, vague possibility founded about 1588 by Sir Richard Grenville. Lease 1745 gives size of cellar 61' x 25' so probably rough size of school 60' x 25' - could have been built to standard pattern. (In 1657 needed rebuilding).