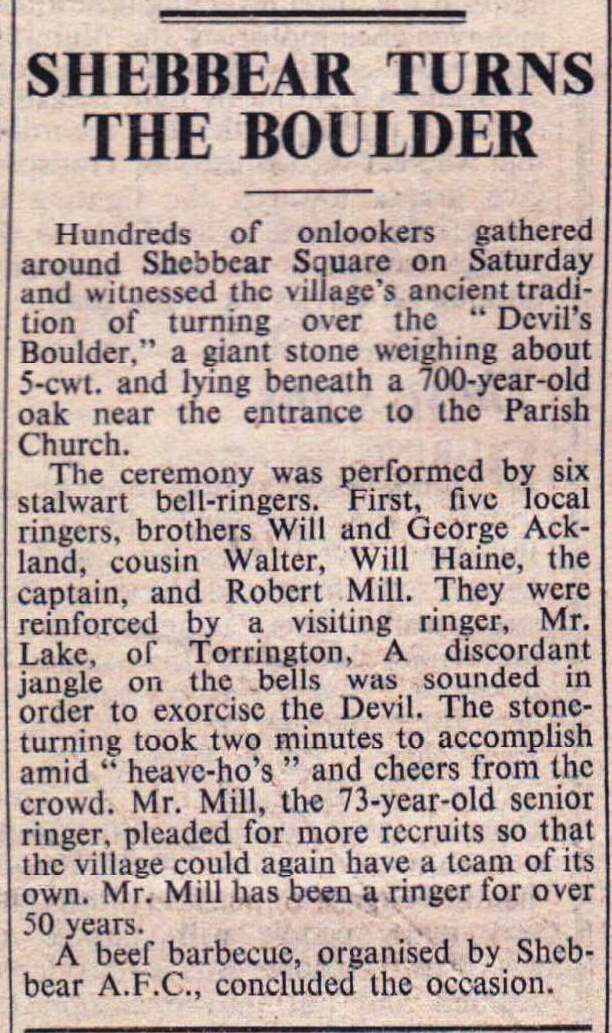 Hundreds of onlookers gathered around Shebbear Square on Saturday and witnessed the village's ancient tradition of turning over the "Devil's Boulder", a giant stone weighing about 5-cwt and lying beneath a 700-year-old oak near the entrance to the Parish Church.
The ceremony was performed by six stalward bell-ringers. First, five local ringers, brothers Will and George Ackland, cousin Walter, Will Haine, the captain, and Robert Mill. They were reinforced by a visiting ringer, Mr Lake, of Torrington. A discordant jangle on the bells was sounded in order to exorcise the Devil. The stone turning took two minutes to accomplish amid "heave-ho's" and cheers from the crowd. Mr Mill, the 73-year-old senior ringer, pleaded for more recruits so that the village could again have a team of its own. Mr Mills has been a ringer for over 50 years.
A beef barbeque, organised by Shebbear A.F.C, concluded the occasion.