Christmas Eve at the Front 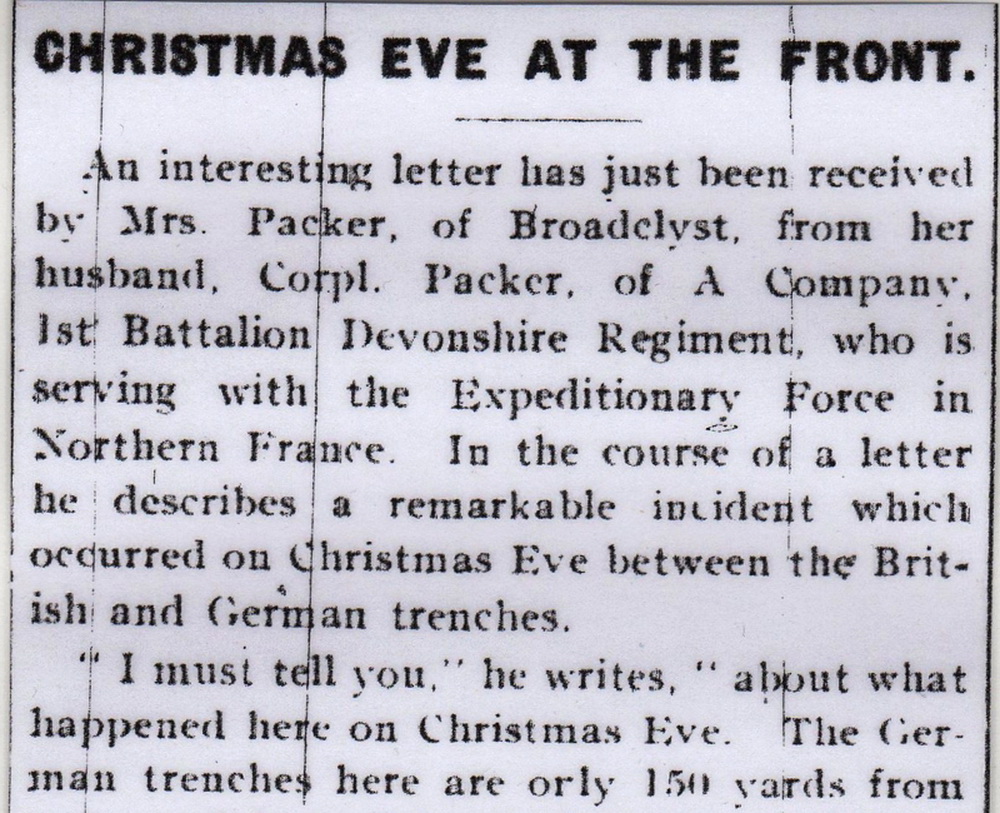 An interesting letter has just been received by Mrs Packer, of Broadclyst, from her husband, Corpl Packer of A Company, 1st Battalion Devonshire Regiment, who is serving with the Expeditionary Force in Northern France. In the course of a letter he describes a remarkable incident which occurred on Christmas Eve between the British and German trenches.

"I must tell you", he writes, "about what happened here on Christmas Eve. The German trenches here are only 150 yards from ours, and last night we heard one of them shouting out in English: "You no shott: we no shott" "It is your Christmas" "We want peace" "You want peace" So we agreed that each side should send a man half-way. Our officer gave his permission; he is a perfect gentleman. I went half-way and the German did the same, and we went and shook hands. I gave them some tabacco, and they returned the compliment by giving me some chocolate, biscuit, cigars and cigarettes, and each side gave souvenirs. I had a pair of gloves, a watch, and chain, and a beard brush. So you see I got a good Christmas present, and was able to walk about safe for a few hours.

The writer has a brother who has been wounded at the front, and who is now under treatment in Exeter.