and this was exhibited by Miss G Cox, one of the junior members. 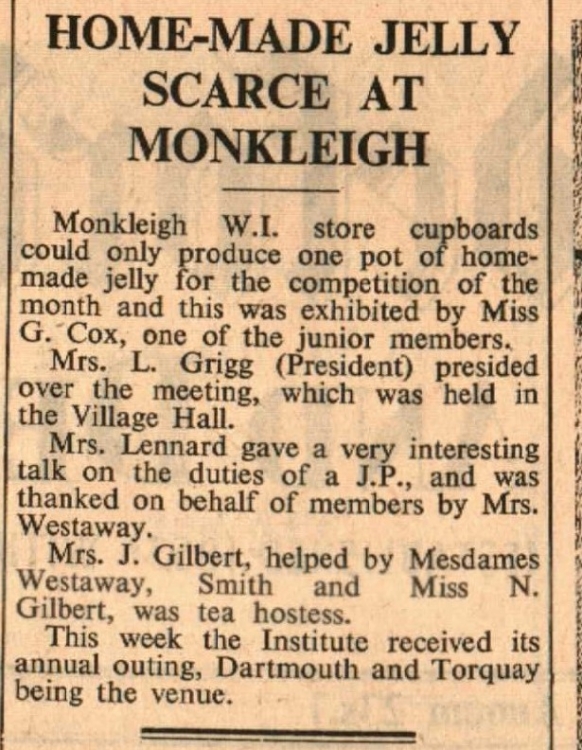 Mrs L Grigg presided over the meeting, which was held in the Village Hall.

Mrs Lennard gave a very interesting talk on the duties of a JP and was thanked on behalf of members by Mrs Westaway.

This week the Institute received its annual outing, Dartmouth and Torquay being the venue.