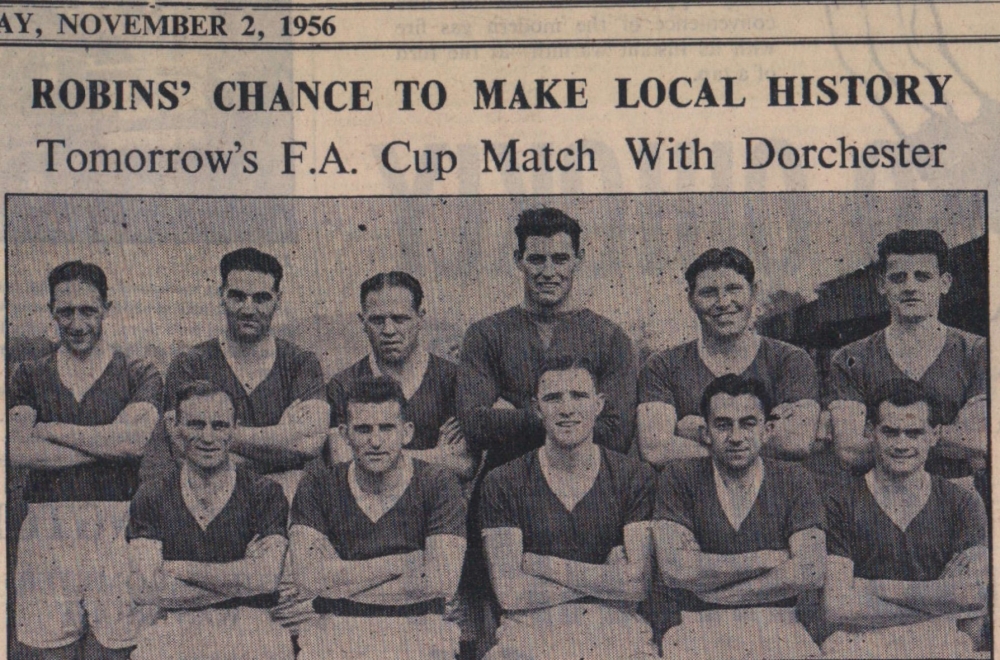 In each of the two seasons he has been with the club, player-manager Sam Booth has taken Bideford AFC as far as they have ever gone in the FA Cup competition – to the fourth qualifying round.

Last year, in the fourth qualifying round match with Yeovil, Bideford came very near in the first half to upsetting the Southern League side but this year’s draw at home to fellow Western Leaguers, Dorchester, at the Sports Ground tomorrow, gives the Robins their best chance to make history by reaching the first round proper for the first time.

A canny Scott if ever there was one, player-manager Booth’s only comment yesterday as ‘Our lads are playing well and I anticipate a good, hard game.’