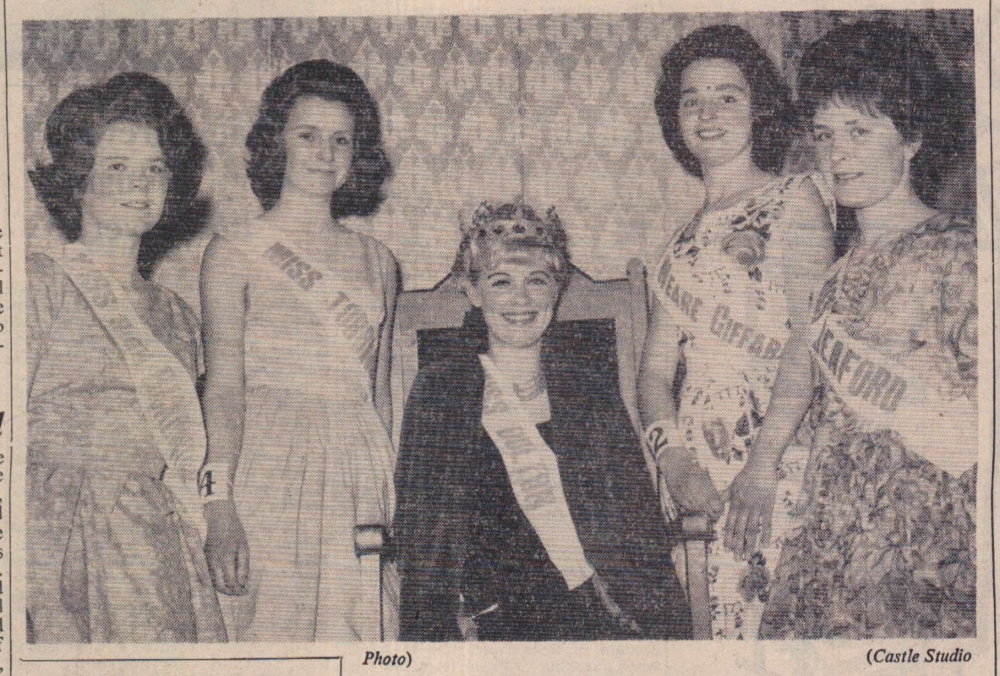 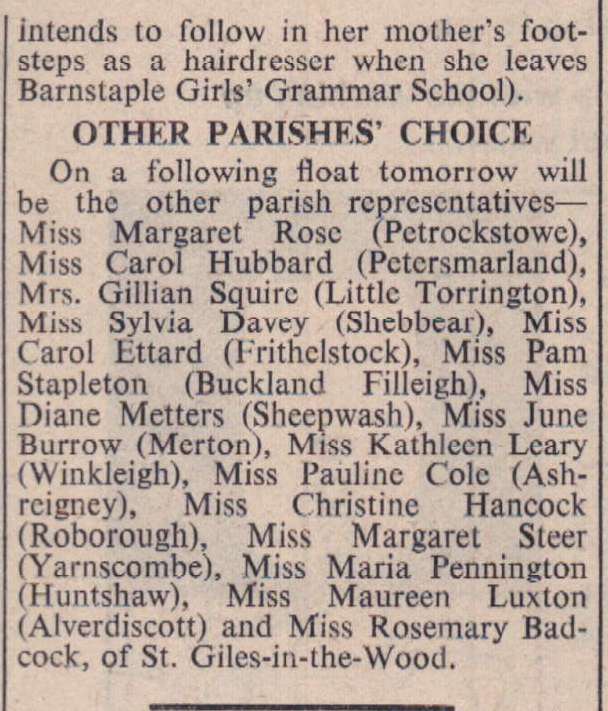 A 20 year old Swedish mother of two was on Friday elected Torrington Carnival Queen from a record entry of 21 finalists. She is Mrs Birgitta Whittaker, who, in 1959, was runner-up in the Miss Sweden competition.

An attractive blonde, she was the choice of Dolton where, for the past few months, her husband, John, has been the landlord of the Royal Oak. Although they met in Sweden, for some time they lived in Greenland and the far north of Canada.

Mr Whittaker and their two young children, Christina and Mariedda, will be among the crowds in Torrington streets tomorrow when Mrs Whittaker will head what promises to be a bumper procession.

The queen and her four attendants were chosen at a crowded dance at the Drill Hall by a panel comprising Admiral Sir Robert Durnford-Slater, Lady Durnford-Slater and Mr and Mrs E S Lennard.

This is the second successive year that Dolton has provided the queen and it is a coincidence that last year’s queen, Miss Jill Denton, was, at the time of her selection, also living at an inn in the village – the Ram’s Head.