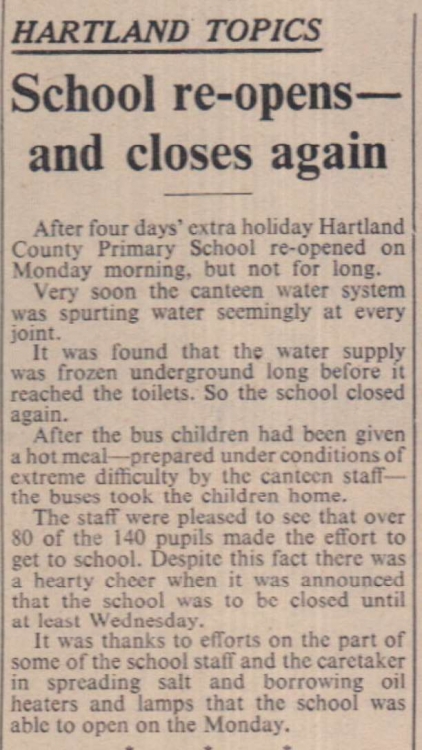 Very soon the canteen water system was spurting water seemingly at every joint.

It was found that the water supply was frozen underground long before it reached the toilets. So the school closed again.

After the bus children had been given a hot meal – prepared under conditions of extreme difficulty by the canteen staff – the buses took the children home.

The staff were pleased to see that over 80 of the 140 pupils made the effort to get to school. Despite the fact there was a hearty cheer when it was announced that the school was to be closed until at least Wednesday.

It was thanks to efforts on the part of some of the school staff and the caretaker in spreading salt and borrowing oil heaters and lamps that the school was able to open on Monday.

The Gazette article is dated 18 January 1963