“Fish out of water,” the latest production of Bideford Community College drama group, proved their best yet. 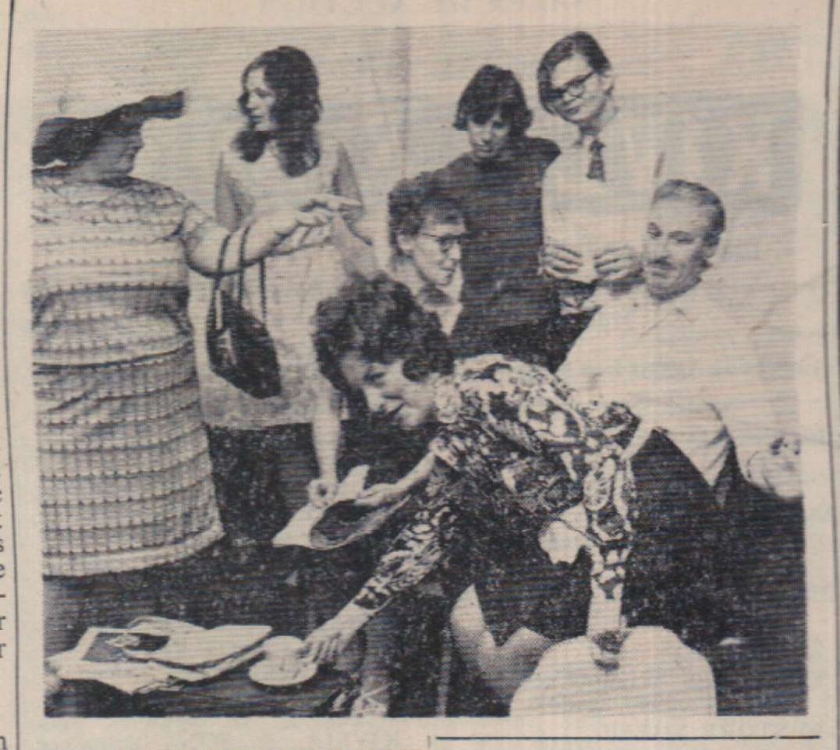 The three-act comedy by Derek Benfield was ideally suited to this small company, who obviously enjoyed themselves as much as the audience.

Portraying the adventures of a very mixed group of English tourists on the Italian Riviera, it ends, of course, with romance – one expected and one quite the opposite.

As the dominating Agatha Hepworth, Betty Maynard captured much of the attention, and Edie Hill’s sympathetic portrayal of the pitiable Fiona Francis also won praise.

The mere appearance of Cyril Squires as the pathetic Mr. Mallett brought laughter from the audience.

Geoff Skinner and Audrey Jones as Brigadier and Mrs Hubback tried to remain aloof from their “lesser” fellow guests but even the Brigadier’s military mind could not out manoeuvre the persistent Agatha Hepworth.

Dora Cowley, the friendly “clippy” with a yearning for romance was a lively study by Christine Ellis, Jane Walters was the Italian waitress Marisa, Mike England the holiday tour representative Julian Whittle, and Steve Ball the “would-be wolf” Len Barrett.

The play was produced by Bob Terrell, who was also in charge of lighting, Barbara Terrell was prompt and Fred Jones, stage manager.

The play has been presented at the Bideford Centre and Bideford Community College, and arrangements are in hand for a visit to Abbotsham.