Thunderbirds are not the only ones who are ‘Go’ ing places – so is 21 year old Terry Curtis of Instow! 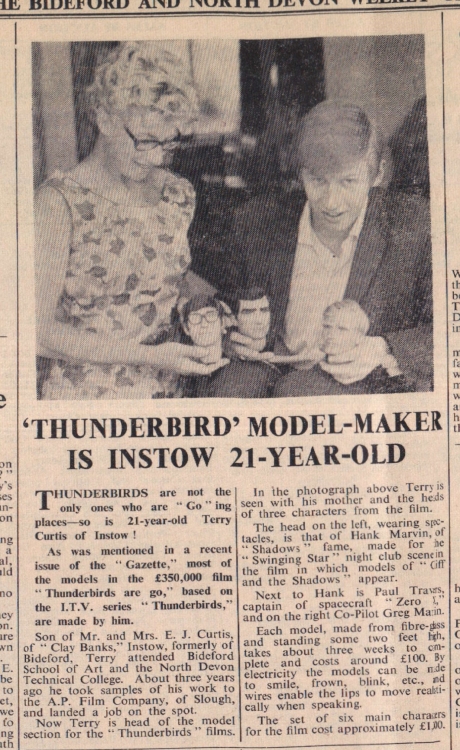 As was mentioned in a recent issue of the ‘Gazette’, most of the models in the £350,000 film ‘Thunderbirds are go’ based on the ITV series ‘Thunderbirds’ are made by him.

Son of Mr and Mrs E J Curtis, of Clay Banks, Instow, formerly of Bideford, Terry attended Bideford School of Art and the North Devon Technical College. About three years ago he took samples of his work to the AP Film Company, of Slough, and landed a job on the spot.

The head on the left, wearing spectacles, is that of Hank Marvin, of ‘Shadows’ fame, made for the ‘Swinging Star’ night club scene in the film in which models of ‘Cliff and the Shadows’ appear.

Next to Hank is Paul Travers, captain of spacecraft ‘Zero X’, and on the right Co-Pilot Greg Martin.