To mark the 40th anniversary of first issue of Lundy stamps, there will be a new issue by the island of five values of stamps on November 1st. 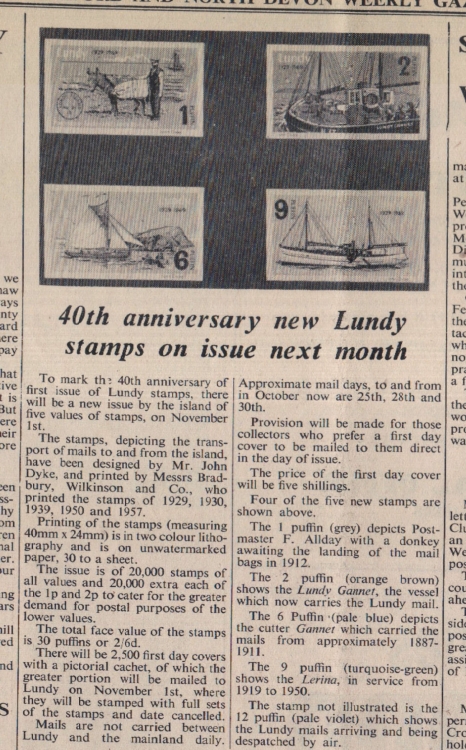 The price of the first day cover will be five shillings.