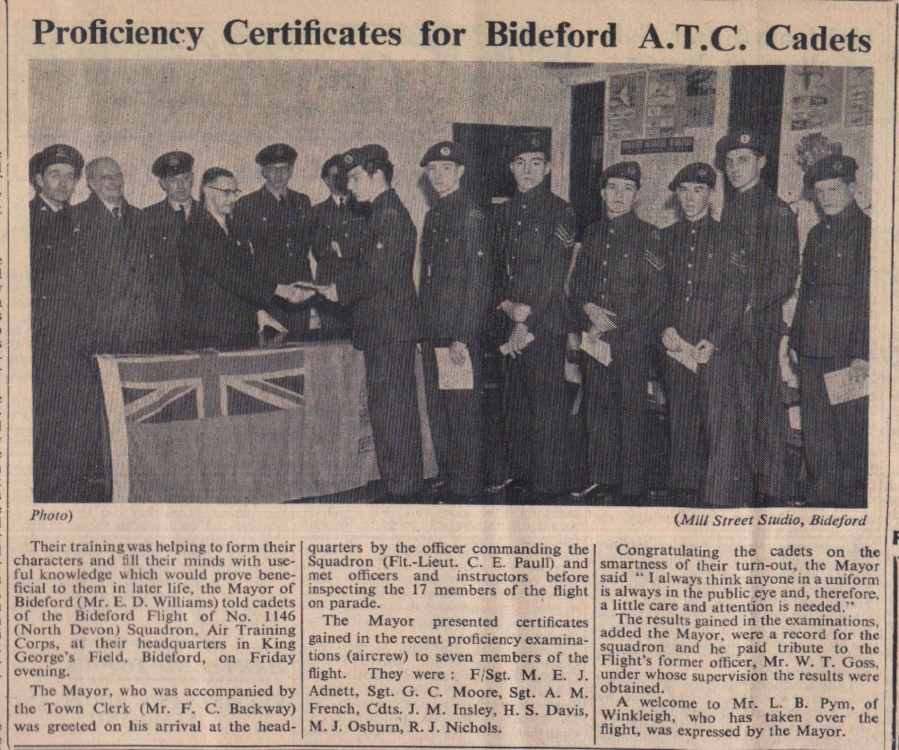 Their training was helping to form their characters and fill their minds with useful knowledge which would prove beneficial to them in later life, the Mayor of Bideford, Mr E D Williams, told cadets of the Bideford Flight of No. 1146 (North Devon) Squadron, Air Training Corps, at their headquarters in King George’s Field, Bideford.

The Mayor, accompanied by the Town Clerk, Mr F C Backway, was greeted by the officer commanding the Squadron, Flt-Lieut C E Paull.

The Mayor paid tribute to the Flight’s former officer, Mr W T Goss and welcomed Mr L B Pym, of Winkleigh, who has taken over the flight.