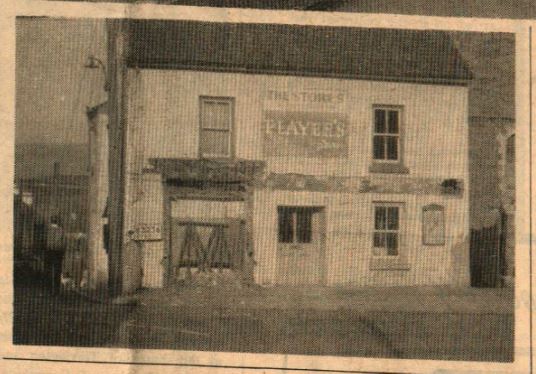 Particular attention was focused on the arrival at High Street on Sunday morning of two huge steel girders – each 43 feet long and weighing 2½ tons – for the main support across the new front of the premises.

They are believed to be the largest of their kind in North Devon.

Travelling overnight by lorry from Bristol, the girders were unloaded by a special team of men and hoisted to their parallel positions as the day progressed.

Work is proceeding apace on the conversion of the premises into a store for the North Devon Co-operative Retail Services. The aim is to open before Christmas.

Northam Post Office, which has always been situated in Cross Street, although not in the existing premises, is to be transferred to the Square in the New Year.

The Sub-Postmaster, Mr A S Harman, said he expected that Cross Street would become a one-way street, but, in fact, he had always had his eye on the new premises which he regards as the finest site in Northam. Work has already begun on the conversion and a modern front is to be installed.

The present Post Office building will revert to living accommodation and will still be occupied by Mr Harman and his family.