This mouth-watering display of Christmas cakes is not the work of skilled chefs, but of fourth-year girls of Torrington County Secondary School. The sweets, no less appetising, were made by first-year girls. 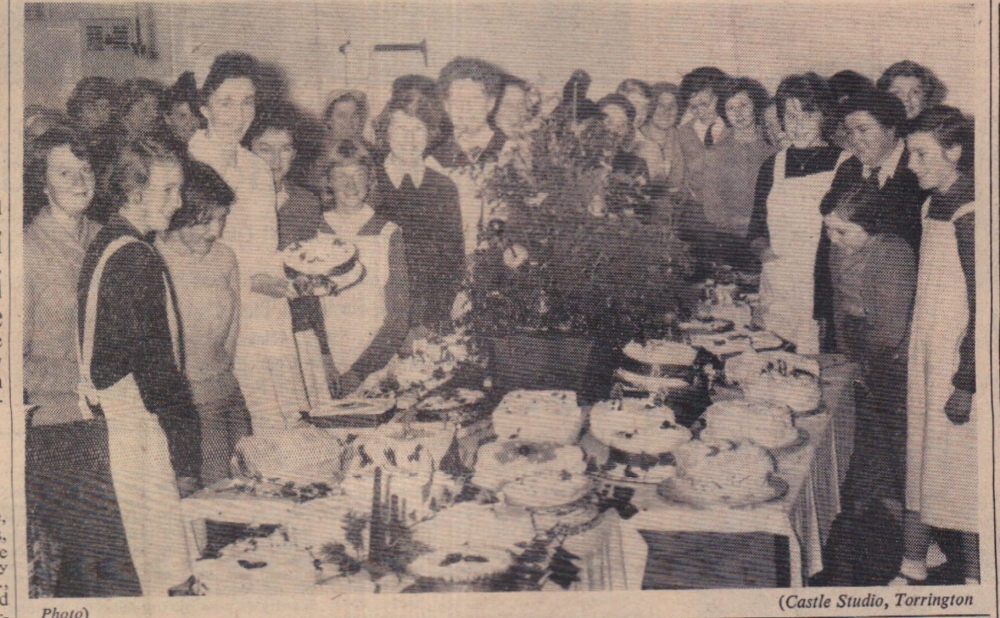 Cookery has a large part in their curriculum, which is as it should be in a farming community.

The domestic science teacher, Miss M. Stevens, told the Gazette that there was a basic recipe so that the cakes were of an economic size, but apart from that the girls were allowed to use their own ingenuity. That they had certainly done, some even having manufactured the decorations,

Most of the pupils in 4a had successfully undertaken elaborate piping, but many of the snow scenes chosen by 4b pupils were no less effective. In the picture, in addition to Miss Stevens, are some of the girls and their mothers who, on Monday, were invited to inspect the pupils’ handiwork. Some of them agreed that the cakes were even better than those mother makes.