Parkham Women’s Institute, thought to be one of the oldest organisations of its kind in the Torridge district, celebrated its 50th birthday with a special party at which a cake was cut by Mrs W Pridham, who was a founder member, and Mrs A Daniel, the longest active member with 48 years’ service to her credit. 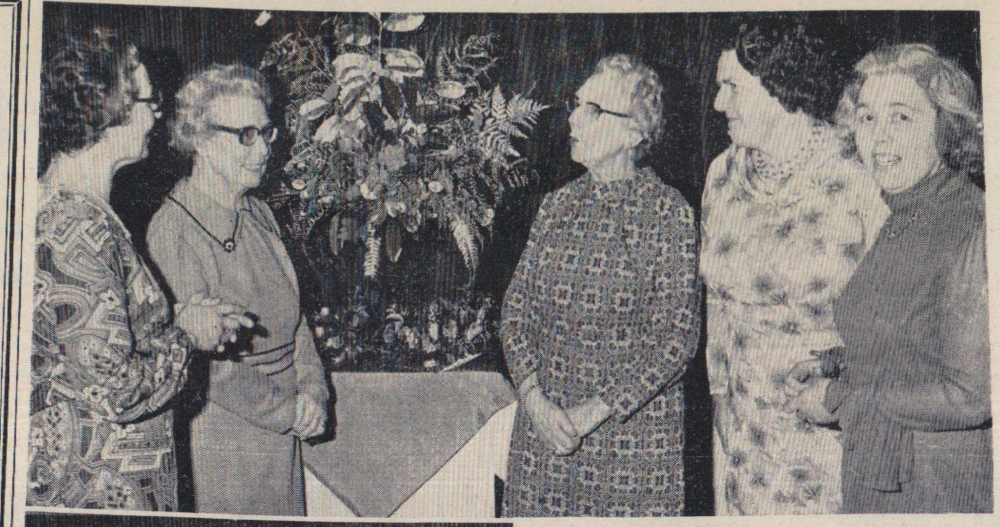 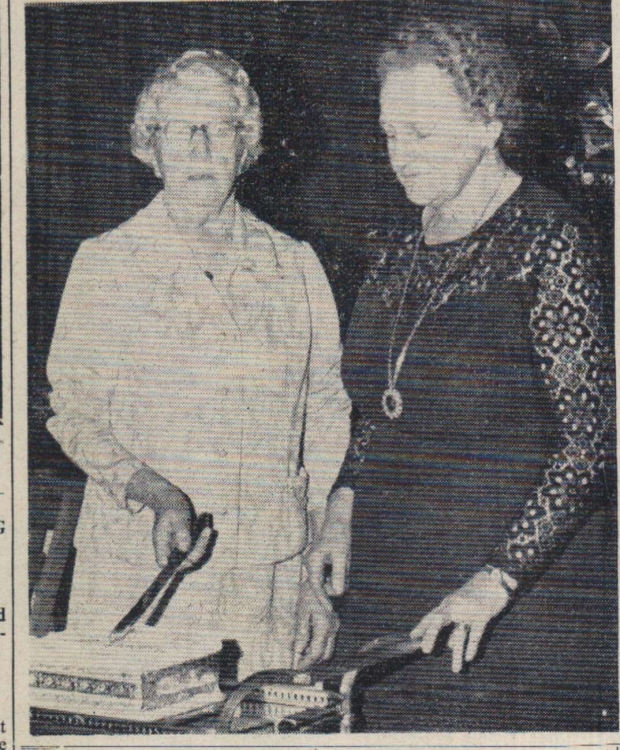 The cake had been made and decorated by Mrs E Lang.
In addition to members there were guests from Buckland Brewer WI and the Atlantic Group and the county chairman, Mrs Hareheart, who also attended, presented Parkham with golden jubilee certificates from the Devon Federation and from NFWI executive committee.
A congratulatory card was received from the local VCO, Mrs Courtney.
The hall was beautifully decorated for the occasion by members with gold flowers and foliage.
In the picture, the Parkham WI president, Mrs George is seen with four former holders of the office – Mrs Tucker, Mrs Lynn, Mrs Williams and Mrs Dunn.
Following a sit-down meal, Mr and Mrs Trapnell, from Bideford, organised country dancing which was enjoyed by everyone including one 93-year-old ex-member and one present member in her late 80s.
Gazette article published 8 February 1974