Bid to re-open Westward Ho! restaurant in a month 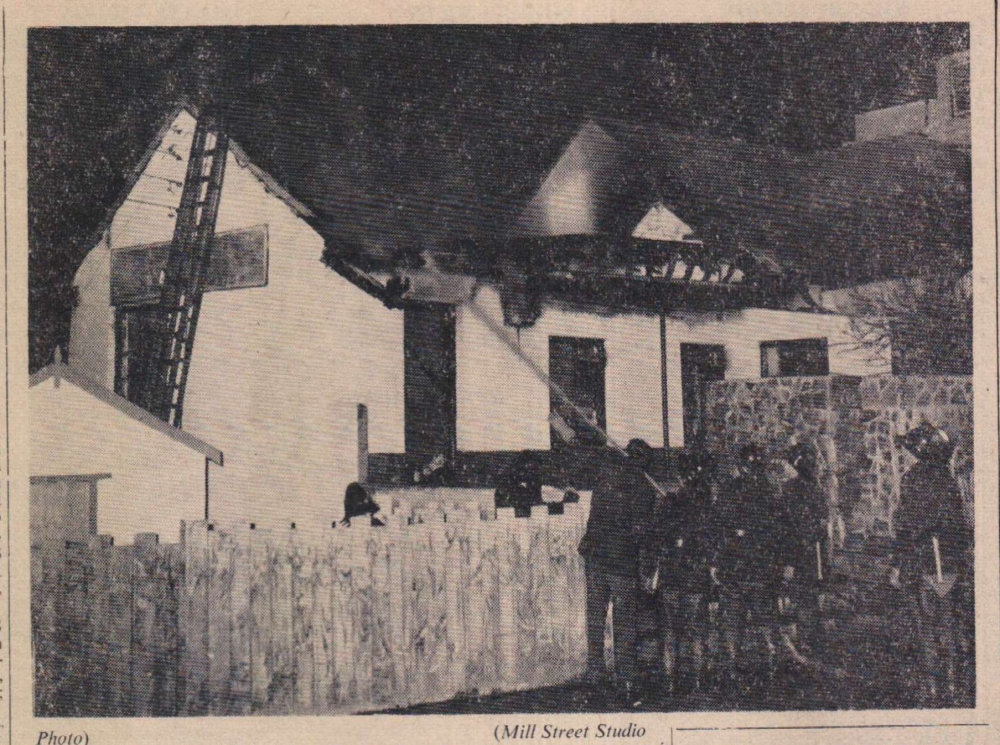 Work was due to begin yesterday afternoon on re-building the kitchen at the Elizabethan Restaurant at Westward Ho! The kitchen was gutted by fire on Tuesday evening and valuable equipment destroyed.
It is hoped that the restaurant will be operational again in a month. In the club bar, however, it is ‘business as usual’.
Cause of the outbreak, which did damage estimated at several thousands of pounds, is not known at the time of writing.
The premises are owned by Braddicks, Ltd, and are associated with their big holiday camp enterprise at Westward Ho!
The fire was discovered by catering staff member Mrs Ethel Schiller, when she entered the kitchen to begin evening duty.
She ran to the home of Mr Ian Braddick, a director of the company, who lives near by at ‘Bella Vista’.
While Mrs Braddick telephoned the fire brigade, Mr Braddick and a friend, Mr Charles Austin, of Fremington, rushed across to tackle the outbreak with extinguishers.
By that time, however, the fire had a firm hold and the roof had become involved.
Firemen from Appledore and Bideford were quickly in action, and a second appliance was also called from Bideford. They prevented the flames from spreading to the restaurant – although it suffered smoke and water damage – and to the adjoining three-storey block of holiday flatlets and offices.
Due to short circuiting, the sparks were flying as the outbreak was fought and the blaze was the hotter until it was possible to cut off the gas supply. The overhead electricity line was severed by Mr Alan Hoare of the local staff of the Electricity Board working with wire cutters on the roof.
‘We had good cooperation from all the public services’ Assistant Divisional Officer Mugford, of Barnstaple, who was in charge of the firemen, told the Gazette. The Water Board, he said, had responded to a request for increased pressure.
There was no shortage of water, he added. The three appliances carried a total of 900 gallons and hoses were connected to hydrants below the club premises and, to give better pressure, near the Golden Bay Hotel – about 500 yards away.
The firemen were engaged for about four hours and the following day a small army of Braddick’s staff were clearing out debris.
Accountant Mr M Goss said that everything in the kitchen including deep freezers, refrigerators and gas and electric cookers had been destroyed.
Only last week the kitchen was retiled.
Gazette article dated 8 January 1965