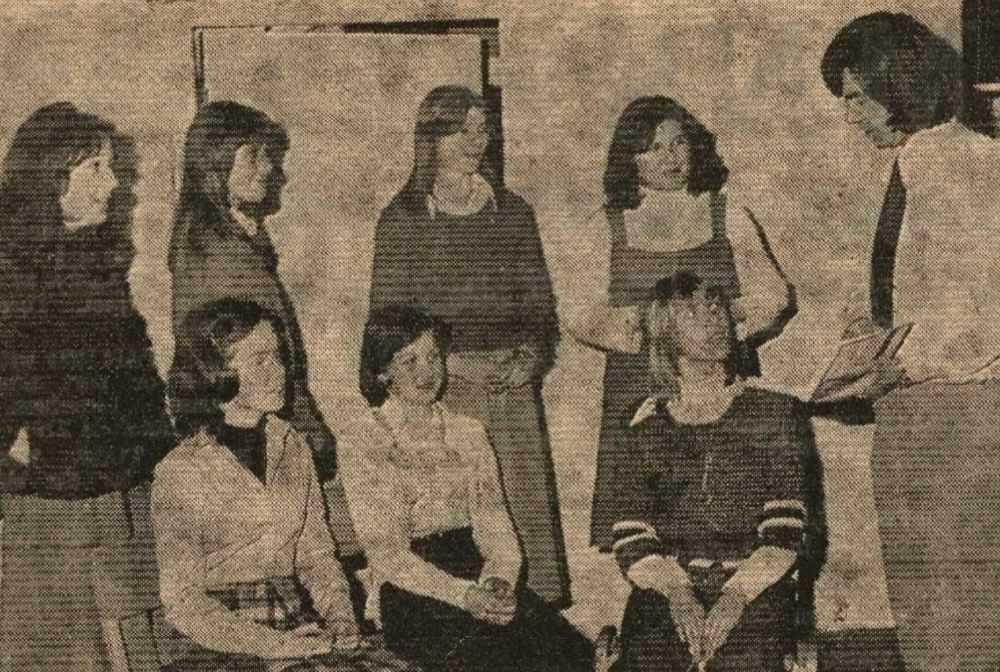 A cast including Alisabeth Hesketh, Sarah Elliot, Beverly Tutton, Deborah Clyde and Julia Copp, some of the first girls to attend at Bideford Grammar School take part in a rehearsal for 'I Have Five Daughters', which is an adaptation of Jane Austen's 'Pride and Prejudice'.  James Lloyd takes one of the male roles. Mr Robert Clyde is the producer.