It was reported at Thursday’s meeting of the Devon Education Committee that the Northam school managers asked what they should do in regard to giving the children another holiday upon a promise made by an inspector that they should have a half day for every £100 raised by them for the War Loan. They had now reached £600. The Secretary observed that schools were being closed very frequently for one reason and another. Mr G Young asked whether the Government Inspector had the power to bribe the children by the offer of a holiday? The Secretary: this is the only authority that has the power. It was resolved to ask the Managers if the Inspector made such a promise. 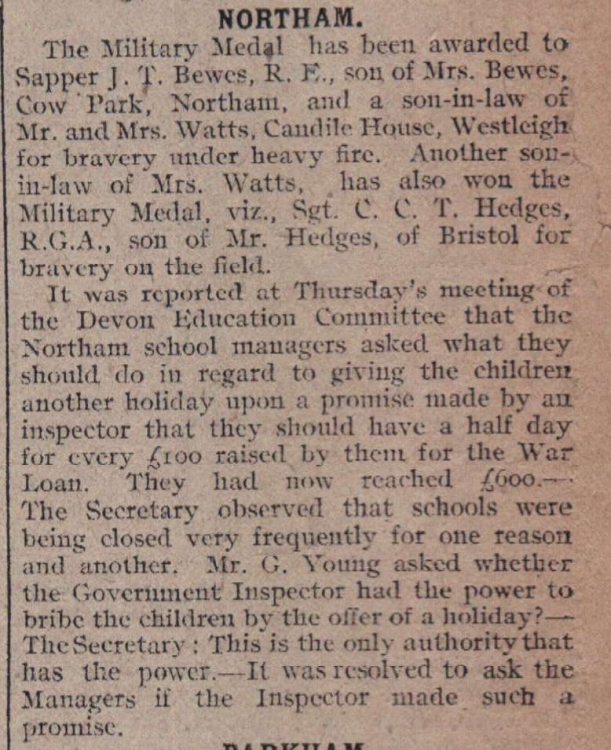