Specially produced for the entertainment of residents at Torrington View Welfare House, Torrington, a play entitled ‘The Rest Cure’ had some hilarious moments. 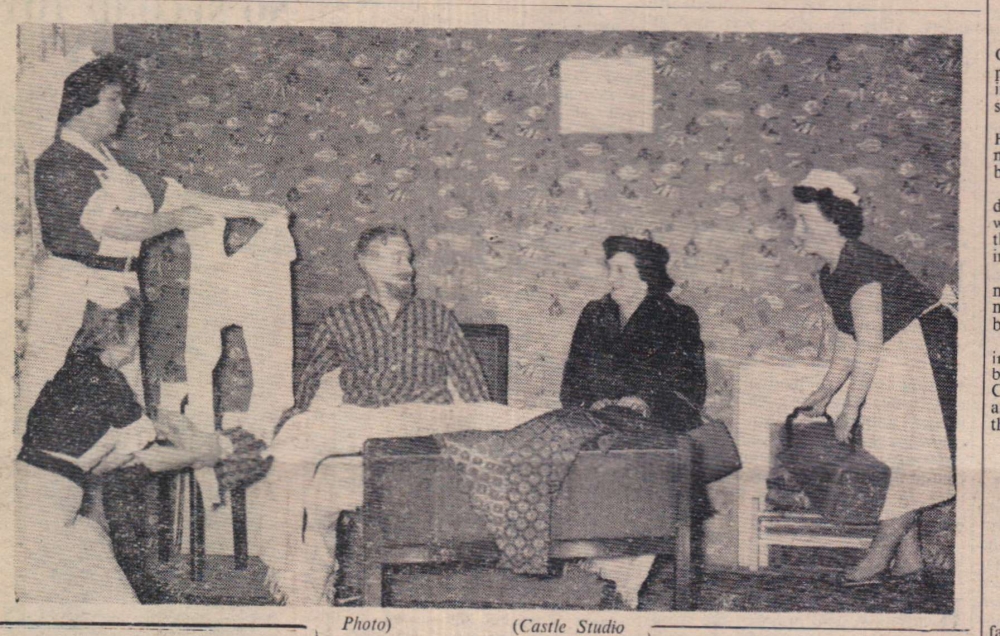 It was produced by Mrs H M Ashley.

The cast consisted of Mr Ashley; Mrs F Davey; Mrs I Quick; Mrs P Taylor; Mrs L Juniper. Scenery was by Mr C Crompton and Mr Parfitt. Adding to the variety of the evening were other items and the residents joined heartily in the community items. Mrs A Hookway, one of the staff, sang and played the piano, Mrs L Hutchins played the accordion and Mr G Copp the harmonica. 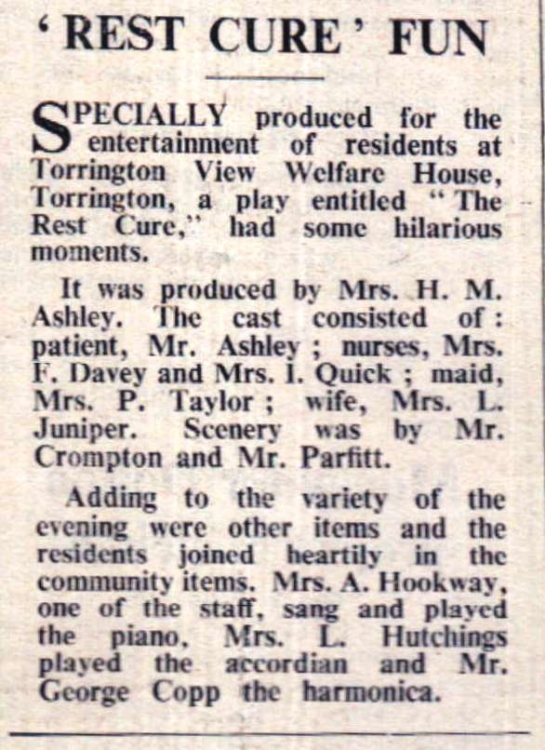 The Gazette article is dated 5 March 1965