A 1911 car abandoned and forgotten for years until rescued and restored by a new resident of Little Torrington, on Saturday obtained without difficulty a Ministry of Transport certificate of road worthiness. 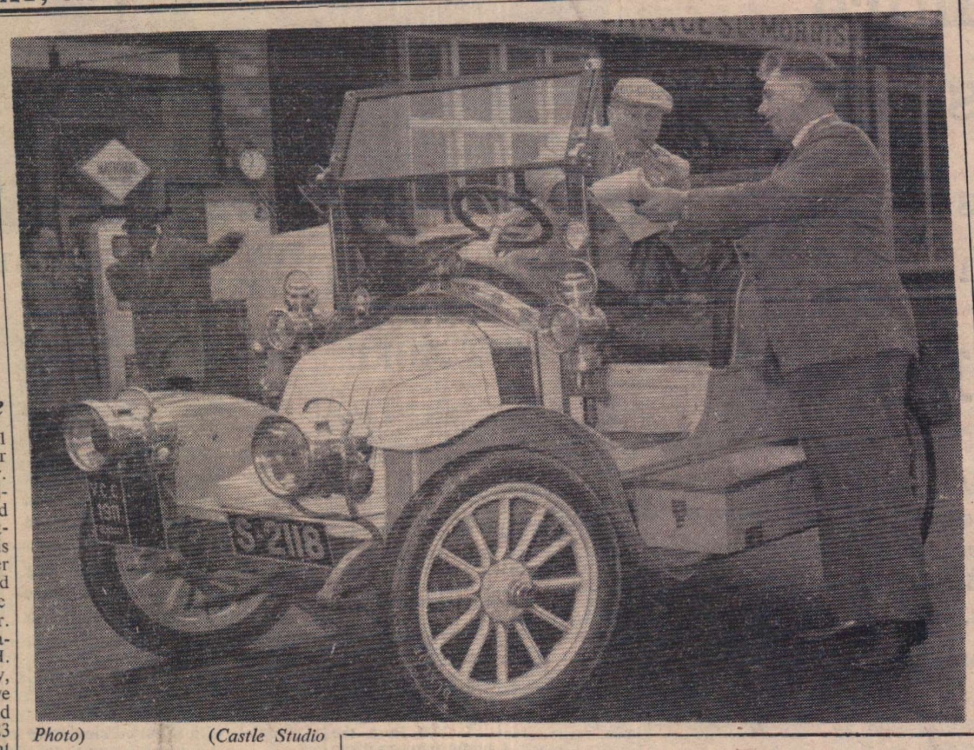 Said Mr H Beer, of Messrs Heards Garage, Torrington, where the test was carried out: “It is in beautiful condition”.
Owner of the car – a 6.9hp two cylinder Renault – is Mr Alan Skerman, a 51 year old armaments engineer of Church Ford, Little Torrington.
The car, now resplendent in red and grey, was originally sold by Cleland of Edinburgh to Sir John Findley. Subsequently it went to his estate at Aberlaur where, eventually, it fell into disuse and was forgotten. Years later the estate became a school and the car was discovered by four boys.
The full Gazette article is dated 27 January 1961