At their Christmas end of term entertainment pupils of Torrington Secondary Modern School included a one act play, ‘Toddy in the Belfry’, a scene from which is portrayed. 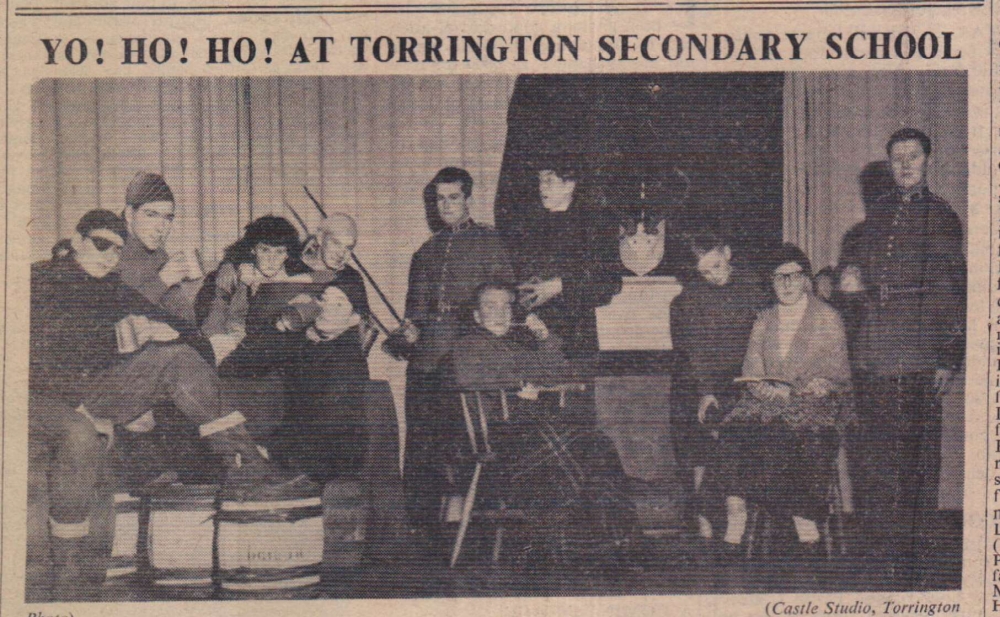 The Gazette article is dated 2 January 1959