On the site of the old Clinton almshouses in New Street, Torrington, which have been demolished during the past week, will rise blocks of new flats with modern amenities and intended to carry on the tradition of the site by being primarily for old people. 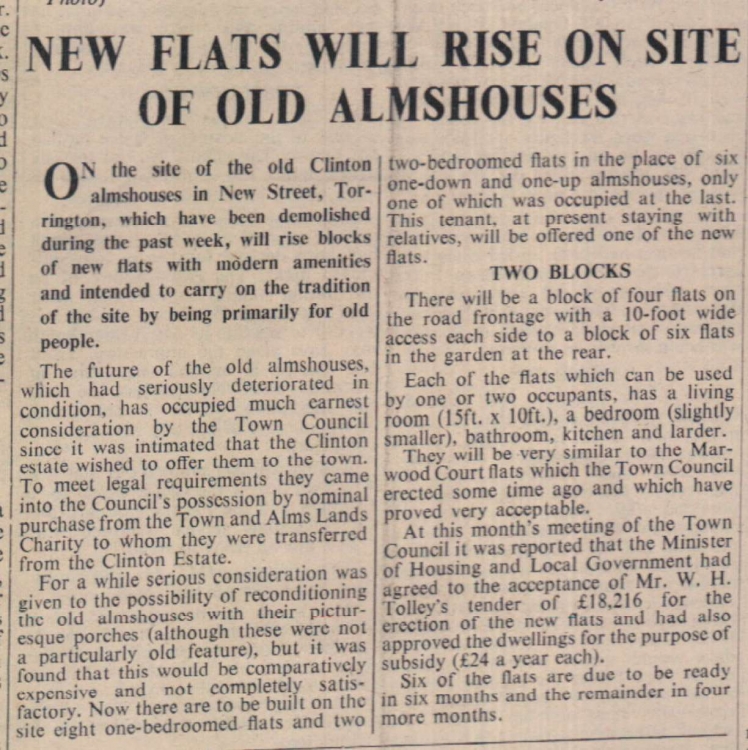 The future of the old almshouses, which had seriously deteriorated in condition, has occupied much earnest consideration by the Town Council since it was intimated that the Clinton estate wished to offer them to the town. To meet legal requirements they came into the Council’s possession by nominal purchase from the Town and Alms Lands Charity to whom they were transferred from the Clinton Estate.
For a while serious consideration was given to the possibility of reconditioning the old almshouses with their picturesque porches but it was found that this would be comparatively expensive and not completely satisfactory. Now there are to be built on the site eight one-bedroomed flats and two two-bedroomed flats in the place of six one-down and one-up almshouses, only one of which was occupied at the last. This tenant, at present staying with relatives, will be offered one of the new flats.
There will be a block of four flats on the road frontage with a 10-foot wide access each side to a block of six flats in the garden at the rear.
Each of the flats which can be used by one or two occupants, has a living room, a bedroom, bathroom, kitchen and larder. They will be very similar to the Marwood Court flats which the Town Council erected some time ago and which have proved very acceptable.
At this month’s meeting of the Town Council it was reported that the Minister of Housing and Local Government had agreed to the acceptance of Mr W H Tolley’s tender of £18,216 for the erection of the new flats and had also approved the dwellings for the purpose of subsidy.
Six of the flats are due to be ready in six months and the remainder in four more months. 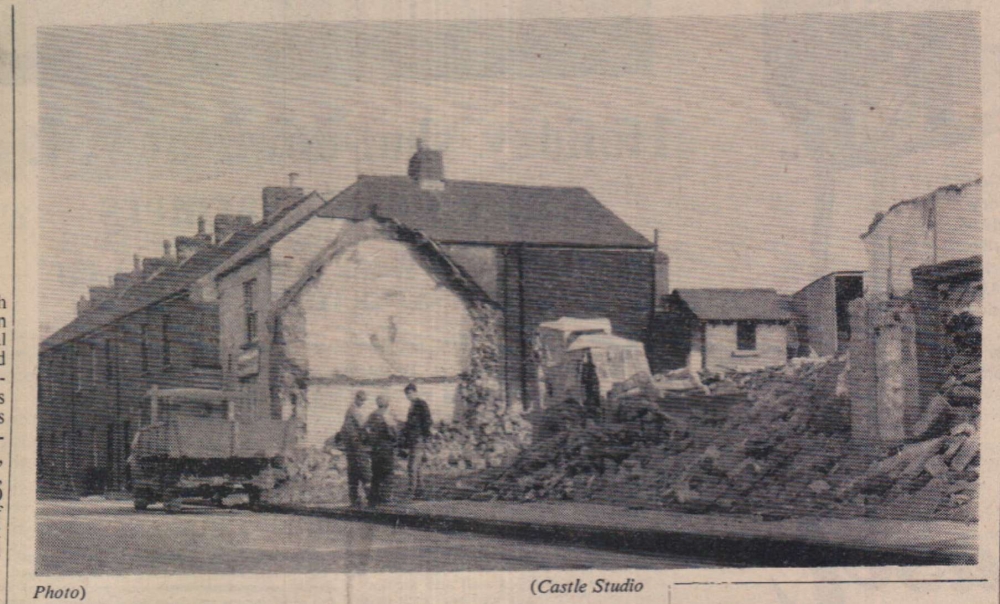 Article dated 25 September 1964 from the Gazette