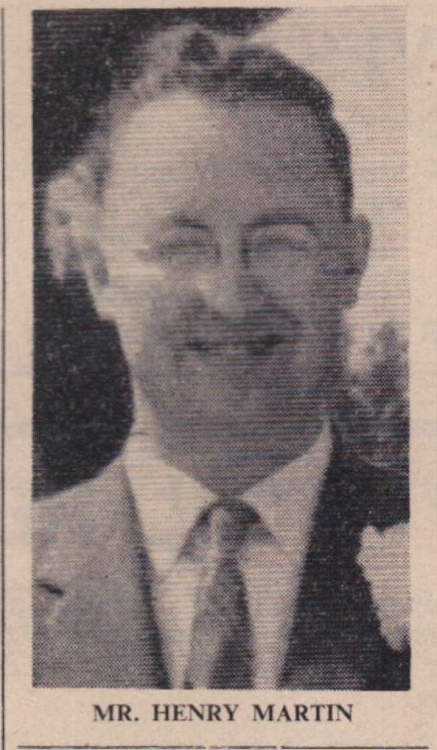 When Blue Streak, Britain’s first space rocket, successfully soared from its launching pad at Woomera, South Australia, on Friday, no one was more thrilled than a Torrington farmer’s son.
Mr C H Martin, who is 35 and an Old Boy of Bideford Grammar School, had, as a space vehicle design engineer, worked on the project for six years. Recently he was appointed chief project design engineer on Blue Streak at the Stevenage factory of Hawker Siddeley, of which group De Havillands, with whom he trained, are now part.
Elder son of Mr C Martin of Locks Beam Farm, he was born at the farm and first attended Torrington Board School. On leaving the Grammar School in 1945 he became an engineering apprentice as a member of the De Havilland Aeronautical Technical School at Hatfield. This gave him wide experience of the manufacture and design of the then current De Havilland aircraft such as the Mosquito, Vampire, Hornet, Chipmunk, Dove and Comet. In 1950 he graduated as an Associate Fellow of the Royal Aeronautical Society and became a Fellow of the British Interplanetary Society. During 1951-52 Mr Martin was on National Service with the RAF – as a boy he had been a member of the Torrington Squadron of the ATC and of the Royal Observer Corps at Torrington.
On the 200 acre farm which he farms in partnership with his other son, Arthur John, Mr Martin senior admitted some relief that Blue Streak had been successfully launched. He said that as a boy Henry would have nothing to do with farming, ‘He was aircraft mazed and his bedroom was always full of model airplanes’. The third child, now Mrs Vera Williams, has also had an eventful life. After training at Bideford she joined Queen Alexandra’s Nursing Service and served in many parts of the world, including Cyprus.
The full Gazette article is dated 12 June 1964