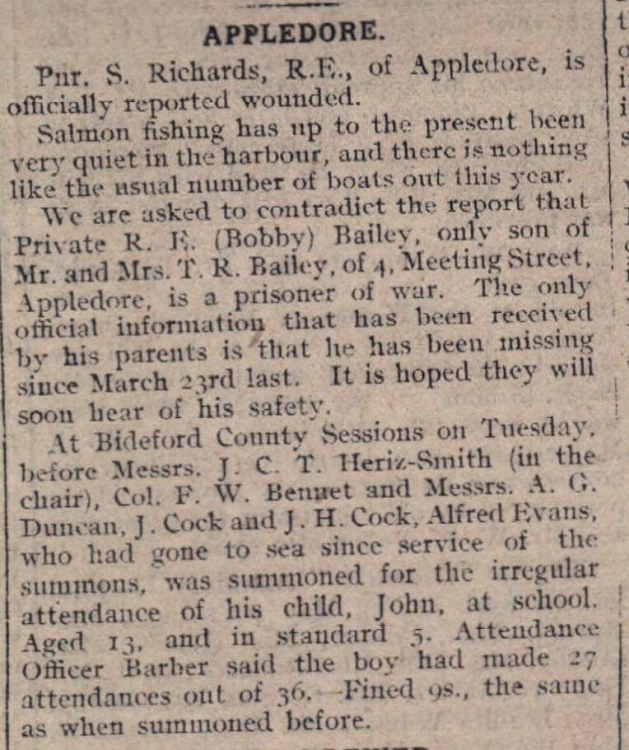 Pnr S Richards, RE, of Appledore, is officially reported wounded.

Salmon fishing has up to the present been very quiet in the harbour, and there is nothing like the usual number of boats out this year.

We are to contradict the report that Private R E (Bobby) Bailey, only son of Mr and Mrs T R Bailey, of 4 Meeting Street, Appledore, is a prisoner of war. The only official information that has been received by his parents is that he has been missing since March 23rd last. It is hoped they will soon hear of his safety.

At Bideford County Sessions on Tuesday, before Messrs J C T Heriz-Smith, Col F W Bennet and Messrs A G Duncan, J Cock and J H Cock, Alfred Evans who had gone to sea since service of the summons, was summoned for the irregular attendance of his child, John, at school. Aged 13, and in standard 5. Attendance Officer Barber said the boy had made 27 attendances out of 36. Fined 9s, the same as when summoned before.