Fifteen year old John Screech, who a few months ago joined the British Sailors’ Society Prince of Wales sea training school at Dover, came back to his home at One End Street, Appledore, on leave at Easter, a proud and happy youth. 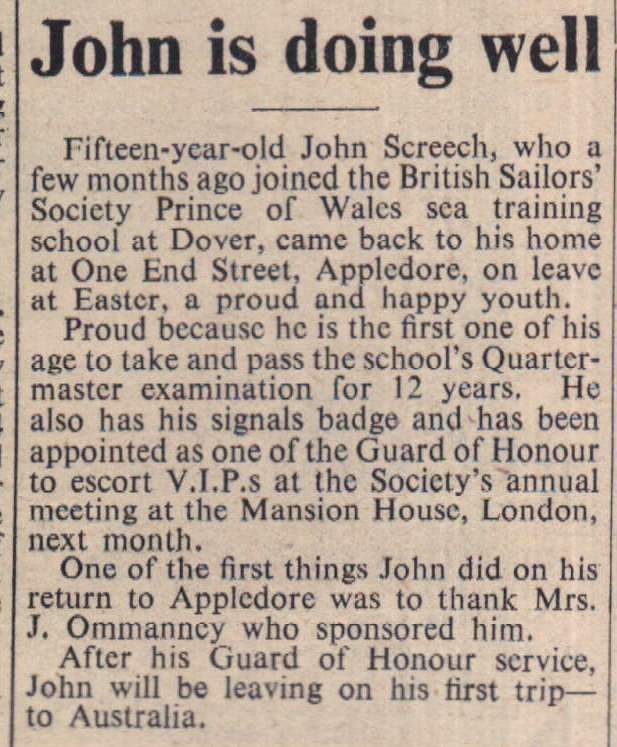 Proud because he is the first one of his age to take and pass the school’s Quartermaster examination for 12 years. He also has his signal badge and has been appointed as one of the Guard of Honour to escort VIPs at the Society’s annual meeting at the Mansion House, London, next month. One of the first things John did on his return to Appledore was to thank Mrs J Ommanney who sponsored him.

After his Guard of Honour service, John will be leaving on his first trip – to Australia.