These Appledore built tugs, ‘Prestwick’ and ‘George V’ were ‘on inspection’ at Tower Pier, London, last week, together with a smaller tug, the ‘Dart’ built for exclusive use on the Thames. 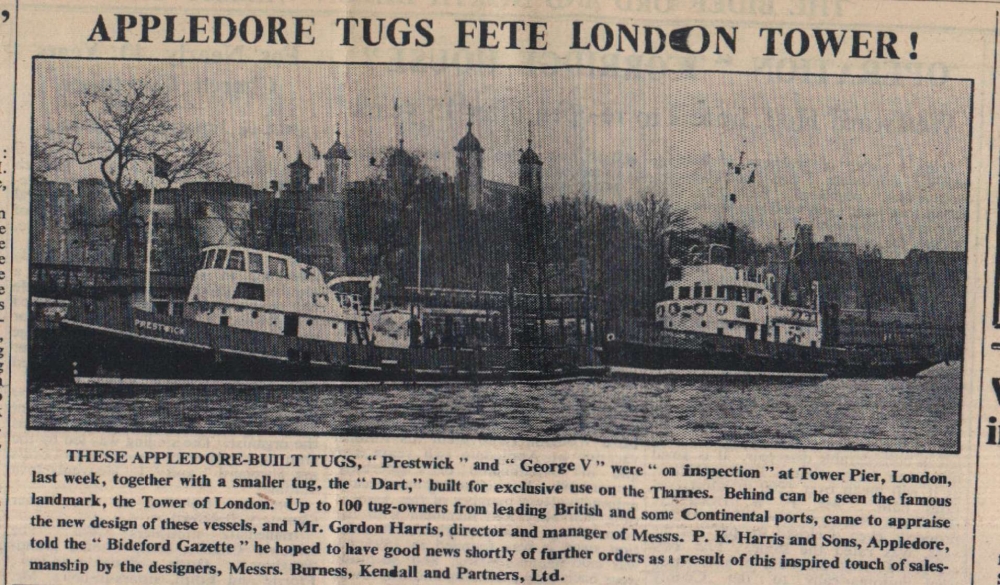 Behind can be seen the famous landmark, the Tower of London. Up to 100 tug owners from leading British and some Continental ports, came to appraise the new design of these vessels, and Mr Gordon Harris, director and manager of  Messrs P K Harris and Sons, Appledore, told the Bideford Gazette he hoped to have good news shortly of further orders as a result of this inspired touch of salesmanship by the designers, Messrs Burness, Kendall and Partners Ltd.