Business in the High Street likely to cease 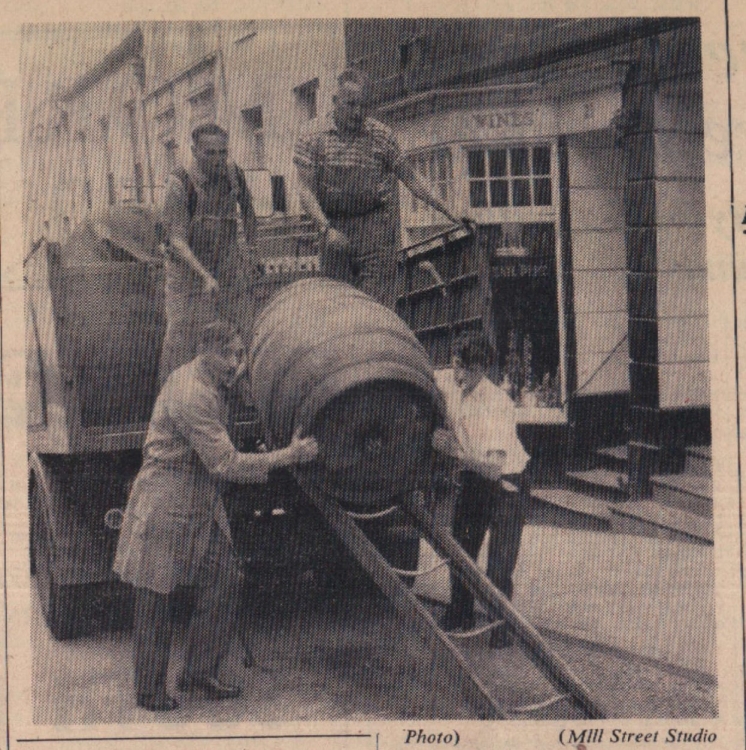 If Bideford Town Council persist with the intention that when the new traffic control plan operates vehicles must travel one-way up High Street, deliveries of certain goods to two shops are likely to cease. This was made clear by Messrs Merdiths and Wickham and Co.

At their invitation, the Mayor, Mr A A Beer, watched unloading operations and agreed that difficulties would be great.

The Mayor had seen the unloading, with the lorry facing down hill, of six cwt. casks of beer. They were eased down skids and swung at the bottom so that they could be pushed into the entrance.

The driver of the lorry refused to attempt the operation facing uphill commenting “We do not want to commit suicide”. He pointed out that with the lorry facing uphill the gradient the barrels would have to travel would be more than one in four, and the danger of barrels running away downhill would be great.

Suppliers of bottled gas have told Messrs Merediths that they will not unload large cylinders outside the shop. Their lorries are fitted with hydraulic tailboards, which they point out would make the operation on a steep slope extremely dangerous. When it was attempted recently three cylinders of gas ran away.

The suppliers of gas have said that they will unload near the market, but Messrs Meredith say that to truck the cylinders from there would be impracticable.