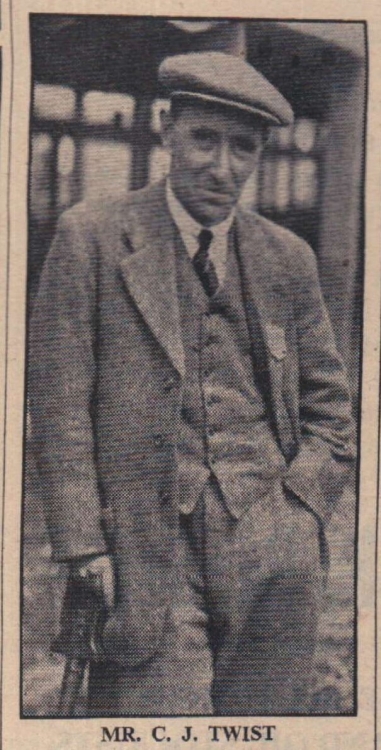 Scope to indulge in his favourite pursuits of fly and sea fishing, shooting, gardening and hunting, coupled with the opportunity of seeing his favourite cattle, the Devon ‘red rubies’ and, less frequently perhaps, his beloved Hampshire Down sheep, were among the considerations that led Mr Cecil J Twist, one of the outstanding personalities in the world of agriculture in his generation, to choose to live in this district when he retired just over a year ago.

Mr Twist, who is now living at West Close, Woodtown, Alverdiscott, has already taken his place among the great stockmen, exhibitors and judges that this country has produced and his services in the latter capacity are still much in demand today wherever there are animals, and particularly sheep, to be judged.

Mrs Twist has rather closer associations with North Devon, although her husband, from his regular visits to South Molton fair and leading North Devon breeders, is well-known hereabouts. Mrs Twist’s father, the late Rev Arthur Goldring was for some years Rector of Halwill and of Beaford and her mother later lived at Appledore.