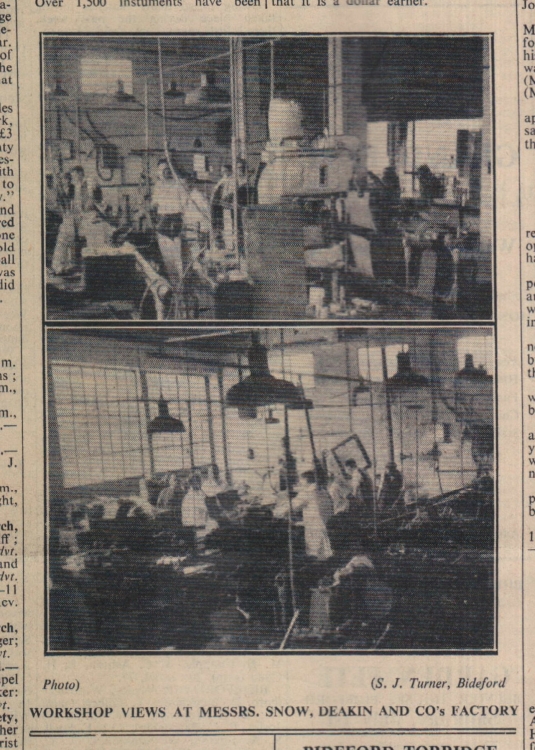 Determination and perseverance on the part of Messrs Snow, Deakin and Co of Bideford, through the experimental stages of the manufacture of a high-precision engineering instrument has led to the firm, whose factory is at East-the-water, landing a contract to the value of over 100,000 dollars.

The instrument which is making such a valuable contribution to the country’s dollar drive, is the Ernst portable direct reading, Hardness tester. A Swiss patent, the tester is now being produced from British materials by Messrs Snow, Deakin and Co who hold the sole manufacturing and selling rights for the world with the exception of Europe and South America.

Over 1,500 instruments have been sold in this country already and orders to the value of £6,000 each have been received from India, Australia and South Africa.

In addition the firm is busy machining, processing and testing new casting Solex motor car carburettors at the rate of 1,500 per week for Vanguards and 1,000 per week for the Ford Pilot. Another high precision job is the manufacture of 500 projection shafts per month for the J Arthur Rank film organisation.

When the firm acquired the factory premises from Rolamatic Ltd early last year, only six skilled operators were employed.
In other directions, Bideford and district has taken its share in the export drive and this engineering triumphs is a noteworthy addition to both the local and national effort. For the firm it means, as Mr A C Snow, one of the directors, said, that they are now ‘out of the long grass and into the sunshine’. ‘But’ he added ‘we are as proud that it is step up for Bideford as we are that it is dollar earner’. 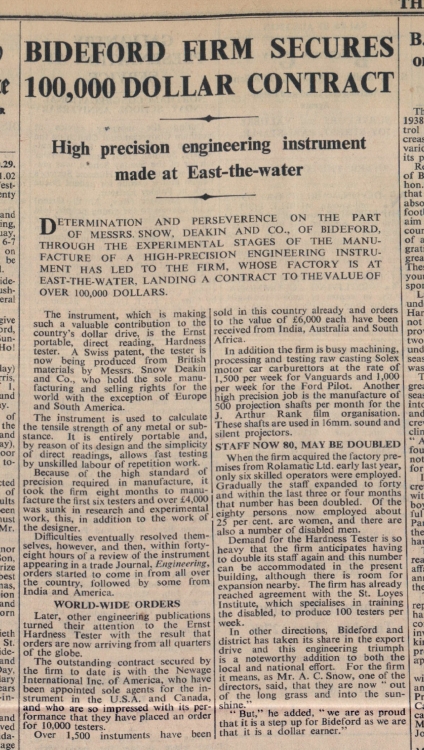