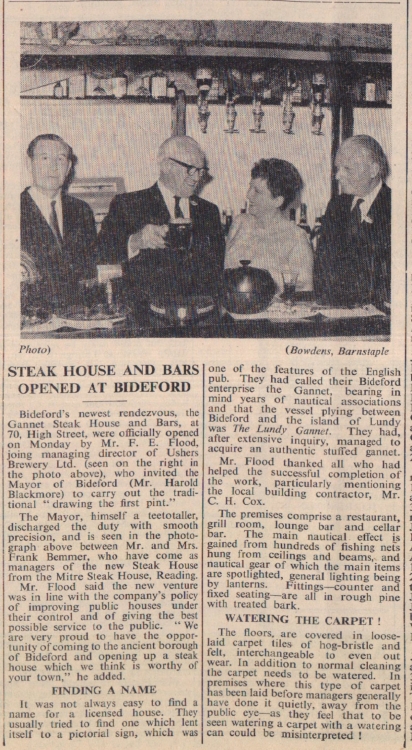 The Mayor discharged the duty with smooth precision, and is seen between Mr and Mrs Frank Bemmer, who have come as managers of the new Steak House from the Mitre Steak House, Reading.

They had called their Bideford enterprise the Gannet, bearing in mind years of nautical associations and that the vessel plying between Bideford and the island of Lundy was The Lundy Gannet.

Mr Flood thanked all who had helped the successful completion of the work, particularly mentioning the local building contractor, Mr C H Cox.