A charming picture of the Babies’ Class of Bideford School of Dancing, whose winter-time attire was quite acceptable in Maytime. 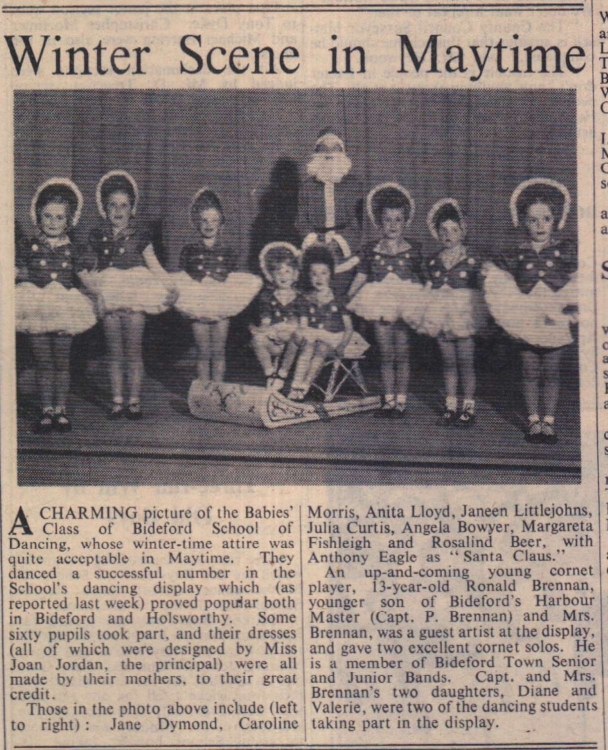 They danced a successful number in the School’s dancing display which proved popular both in Bideford and Holsworthy. Some sixty pupils took part, and their dresses (all of which were designed by Miss Joan Jordan) were all made by their mothers, to their great credit.

An up-and-coming young cornet player, 13 year old Ronald Brennan, younger son of Bideford’s Harbour Master (Capt P Brennan) and Mrs Brennan, was a guest artist at the display, and gave two excellent cornet solos. He is a member of Bideford Town Senior and Junior Bands. Capt and Mrs Brennan’s two daughter, Diane and Valerie, were two of the dancing students taking part in the display.