Bideford Senior School Old Scholars’ Association had a special welcome for six Old Boys – J Bowden, H Eastman, J E Evans, F C Mower, S Raymont, and A W Smale – at their Club night on Tuesday, which was specially organised to do them honour and attended by the Mayor and Mayoress (Ald and Mrs J W Fulford). Mr C S F Harding (former headmaster and president of the Association), and Mr J E Down (present headmaster).

Prominent in the hall was a large banner, ‘Welcome Home from BSSOSA’ above a large Union Jack, and the party struck up a cheering note when they arrived and were officially welcomed by the Mayor, who said that was one of his most pleasurable duties. 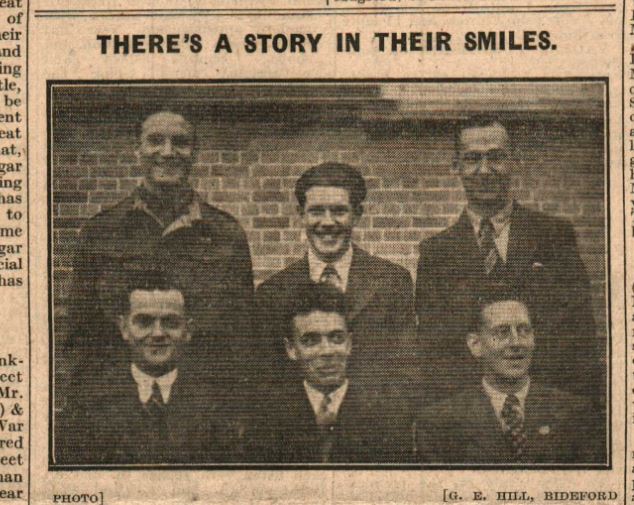