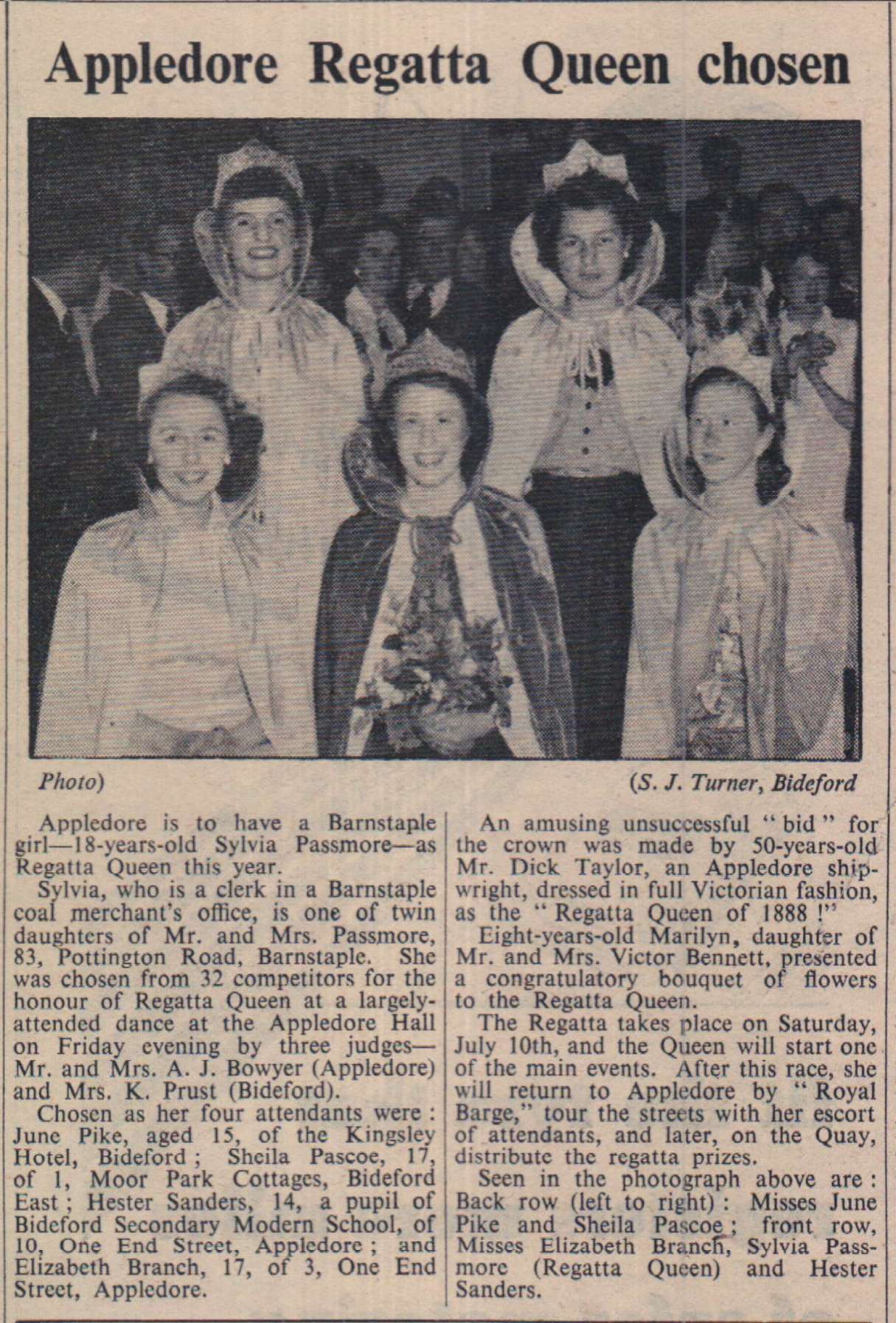 Appledore is to have a Barnstaple girl - 18 years old Syliva Passmore - as Regatta Queen this year.
Sylvia, who is a clerk in a Barnstaple caol merchant's office, is one of twin daughters of Mr. and Mrs. Passmore. 83, Pottington Road, Barnstaple. She was chosen from 32 competitors for the honour of Regatta Queen at a largely attended dance at the Appledore Hall on Friday evening by three judges - Mr and Mrs A J Bowyer (Appledore) and Mrs K Prust (Bideford).
Chosen as her four attendants were June Pike, aged 15, of the Kigsley Hotel, Bideford; Sheila Pascoe, 17, of 1 Moor Park Cottages, Bideford East; Hester Sanders, 14, a pupil of Bideford Secondary Modern School, of 10, One End Street, Appledore; and Elizabeth Branch, 17, of 3 One End Street, Appledore.
An amusing unsuccessful "bid" for the crown was made by 50-years-old Mr Dick Taylor, an Appledore shipwright, dressed in full Victorian fashion, as the "Regatta Queen 1888!"
Eighty-years-old Marilyn, daughter of Mr. and Mrs. Victor Bennett, presented a congratulatory bouquet of flowers to the Regatta Queen.