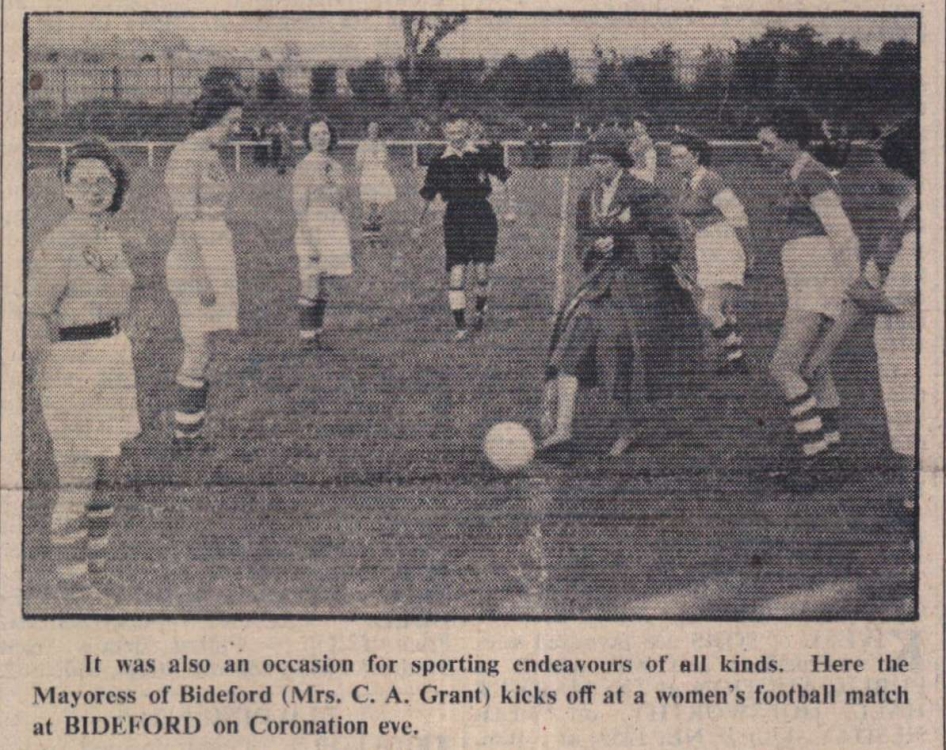 In a women’s Coronation soccer match at the King George V Memorial Ground on Coronation Eve, the Bideford West team, by scoring eight goals in the second half, made their total ten goals without reply against their East-the-Water rivals.
Both teams had trained seriously and considerable interest had been aroused by this match. Hard as both teams tried, however, their efforts were generally accompanied by the laughter from the large crowd present.
At regular intervals, a flock of about a dozen sheep galloped playfully across the pitch and the referee, Mr L M J Sharley, had the rather difficult task of trying to control the sheep and ladies ‘trying’ to play football.
Bideford West attacked throughout this 70 minute game so much that their goalkeeper, M Oke, never touched the ball. Without the good work of the Shamwickshire keeper, C Harris, the score might have been doubled.
The teams were – M Oke, M Rowse, B Nichols, M Potter, M Tucker, F Cole, M England, M Joy, K England, A Beer, J Bryant; C Harris, D Tyrell, L Hutchings, R Rendle, G Spry, R Lamey, M Hewins, B Hill,