Although the club reached the closing stages of half-a-dozen cup competitions, Appledore AFC have ended their season with only one trophy, the North Devon Senior League Championship cup. 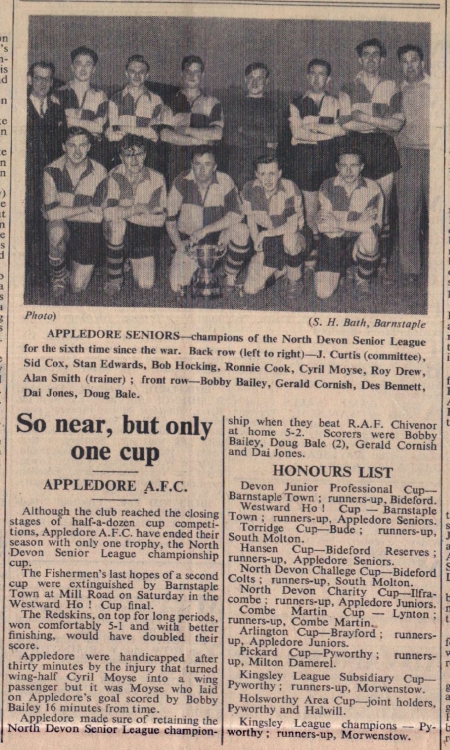